HomeNewsAndroid One is back with General Mobile’s GM 6: Our first take
News

Android One is back with General Mobile’s GM 6: Our first take 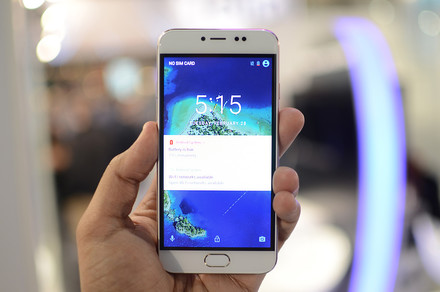 The GM 6, an Android One smartphone, offers a fast and secure Android experience at an incredibly low price.

If you thought Android One was next on Google’s kill switch, think again. General Mobile just announced the GM 6, an Android One smartphone made in partnership with Google, and it underscores the need for the program to exist.

Google launched the Android One program a few years ago to push its Android mobile operating system onto low-cost phones — but what differentiates devices under this program from other budget Android phones is how they run stock Android with a promise of updates straight from Google. The release of Android One devices have slowed to a crawl, but General Mobile has consistently partnered with Google to release Android One devices for the past few years.

The 5-inch GM 6 feels compact in the hand, and the metal frame around it gives off a premium feel. The resemblance to Apple’s iPhone, however, is uncanny. That’s not a bad thing, though. The frame comes in rose gold-, gold-, and space gray-accented colors.

There’s a home button on the front that doubles as a fingerprint sensor, which General Mobile said unlocks in 0.2 milliseconds. The power button is on the right, while the volume rocker is on the left. There’s a headphone jack on top of the device.

The textured back is made of a rubber-like material, which offers a firm grip.

The GM 6 has a 720p display, but it doesn’t look bad at all — largely due to the fact that it’s 5 inches. Some manufacturers use HD resolution on devices bigger than 5 inches and pixels start to become easily visible.

It’s powered by MediaTek’s MT6737T processor with 3GB of RAM, and in our brief test it ran incredibly smoothly. Apps launched instantly, and there was no lag when moving through them. It’s likely because the GM 6 runs the latest version of Android — 7.0 Nougat. As it is a part of the Android One program, the device will get timely Android version and security updates straight from Google. 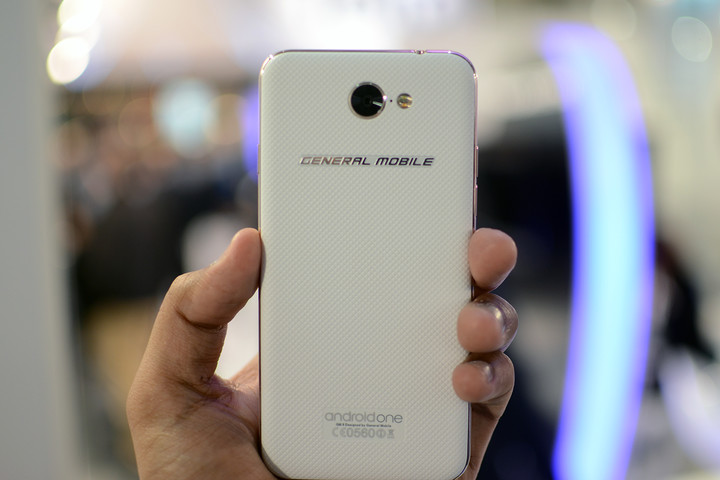 The device has 32GB of internal storage, but there’s a MicroSD card that allows you to expand it up to 128GB. There doesn’t seem to be an NFC sensor, but there’s also no Android Pay in many of the countries the GM 6 will launch in to make much use of it.

There’s a massive 3,000mAh removable battery keeping the GM 6 on, and it should make the device last for quite some time due to the lower-resolution screen.

There’s a 13-megapixel camera on the rear, and an 8-megapixel front camera, both of which have flash. We encountered an issue with the camera in live-view mode as it seemed to strip color away from the image, but once you snap a photo,the photographs seem pretty decent.

You’ll encounter slight shutter lag and the interface overall feels a little buggy, but the end result is still better than what we’ve seen on a lot of other budget cameras.

Pricing hasn’t been announced yet, but it’s unlikely the device will cost more than $250. General Mobile said it will be released May to 22 emerging markets.