13 major LG G4 problems and ways to fix them 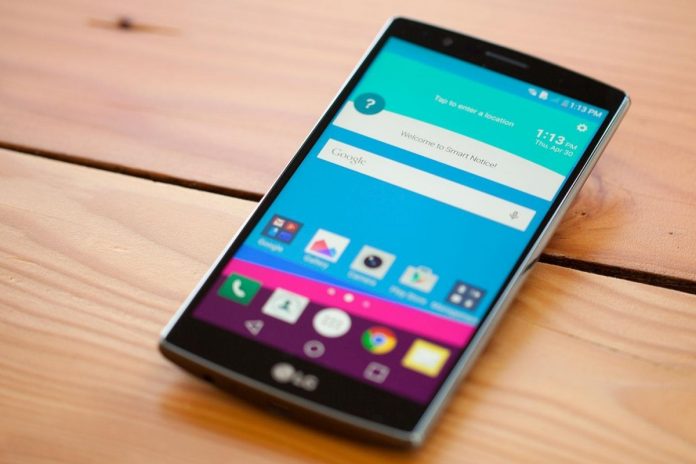 We’re big fans of the LG G4. It boasts a simply stunning display, an excellent camera, and a stylish design, but no device is perfect. A few issues and LG G4 problems have surfaced online. We’ve been reading up on the complaints and checking for solutions. These are the major issues we’ve uncovered so far, each with a suggested workaround or fix.

If your LG G4 has been rebooting for no apparent reason, or getting stuck in a boot loop, then you’re not alone. There are a lot of reports detailing random reboots. LG acknowledged the boot loop issue as being caused by “loose contact between components.” There’s even a lawsuit against LG now about the boot loop problem. If your LG G4 keeps turning off unexpectedly and gets stuck in a boot loop, then you’re probably going to have to get a repair or replacement. If you’re just getting random reboots, then there are a few things worth trying first.

A lot of LG G4 owners have been complaining about touchscreen taps being delayed or just not registering at all. It seems that the touchscreen sensitivity is off and some taps are being missed. There have also been complaints about long-pressing for special characters being incredibly slow when using the keyboard. If you want to confirm whether you are suffering from the issue then try out the Multitouch Test app.

Quite a few people have been complaining about lag on the LG G4. This may be linked to the touchscreen responsiveness problem, or it may be a separate issue. Most complaints are about lagging when waking the device or switching between apps. It’s a powerful phone that really shouldn’t be lagging, so there are a few things you can try to resolve this.

Bug: LED flashing, but no notification

A few LG G4 users are annoyed because the LED keeps flashing for no discernible reason. When they check, there are no new notifications, and yet that light keeps blinking.

Some people are having trouble getting the LG G4 to pair with their Bluetooth car system or device. There are also a few reports of missing song titles, and other issues related to Bluetooth.

If you’re having issues with song titles then try disabling the default LG Music app (assuming you’re using something else). You’ll find it under Settings > General > Apps on the All tab.

Quite a few LG G4 owners have been struggling to get a stable connection to Wi-Fi networks. In some cases the phone won’t connect at all, but mostly it connects and runs slowly, or disconnects itself seemingly at random.

If you find that your portrait photos from the LG G4 are sometimes being flipped to landscape orientation when you download them to another device or upload them online, then you’re definitely not alone. This seems to be something do with the way the LG G4 handles rotation. The phone uses EXIF (exchangeable image file format) settings to rotate the photo, which might be about cutting down processing time. There are a couple ways around the issue, but unfortunately there’s no real solution.

A number of people are reporting an emerging glitch where green spots appear in the photos they take with the G4’s camera. There are also reports of an issue with a pink tint in the center of low light photos, but it’s not clear if the two are linked. There’s some argument about whether this is a hardware or software issue.

A lot of LG G4 owners have been complaining about the phone taking forever to charge up. It seems to be particularly slow at times, and the cause isn’t entirely clear. If you feel that it’s charging very slowly in certain circumstances, you can get a better idea about what’s happening by downloading the Ampere app.

There was a bit of fuss about the Snapdragon 810 processor that was used in the LG G Flex 2 being prone to overheating, but LG decided to go with the 808 in the G4 (LG denied this was because of the overheating issue). In any case, some G4 owners have run into problems with the phone overheating. The good news is that it won’t overheat to the point where it risks damage, you’ll get a pop-up telling you that the phone needs to cool down, and you might notice the screen dimming, slower performance, or pauses in charging.

A few people have reported a glitch where the screen splits vertically, one half sticks and the other changes when they try to scroll. The two halves separate.

Many LG G4 owners have been experiencing problems with poor battery life. The battery may be draining much faster than expected, or perhaps it’s draining when not in use. There are lots of potential reasons for this and lots of things you can try doing to improve it.

Issue: “Unable to save changes” when photo editing

A few people have run into a “Unable to save changes” message when trying to edit photos in the Gallery app. This will apparently happen if you’re using your MicroSD card for storage instead of your phone’s internal memory. The problem might also be related to automatic backup.