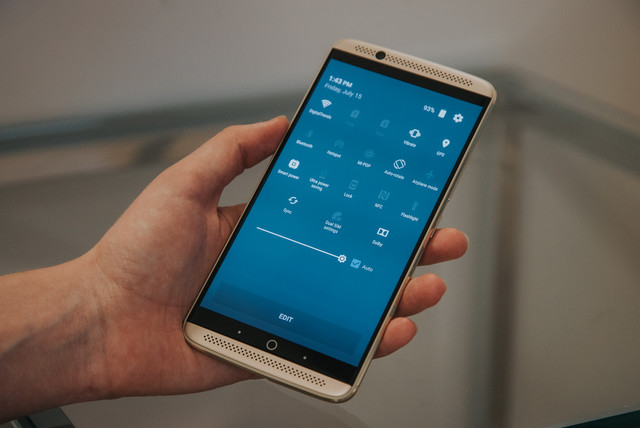 ZTE is rolling out a call-blocking service on the Axon 7 that will prevent fraudulent callers from reaching their intended targets.

Unsolicited phone calls are bad enough, but few things in life are worse than spammers. They’re annoying, of course, but also costly: In 2014, fraudulent phone calls cost small businesses nearly 20 hours of manpower a year, or roughly half a billion dollars. But phone manufacturers are fighting back. On Monday, ZTE announced a partnership with spam protection service Hiya that will see the spam-blocking technology integrated into the Axon 7 smartphone.

It’s an effort to combat a growing trend that shows no sign of reversing itself. More than 10 billion spam and robocalls were made to phones in the United States in 2016 alone, and complaints to the U.S. Federal Trade Commission rose 30 percent compared to the same period a year earlier.

More: Caller ID is making a comeback on the Samsung Galaxy S7

“ZTE understands this problem and is approaching it head-on by using our tried-and-true solution that has been fighting unwanted calls for nearly 10 years,” Hiya CEO and founder Alex Algard said in a statement.

Hiya’s Axon 7 integration will take the form of an enhanced phone app that taps the service’s database of 1.5 billion phone numbers. When an incoming call is matched with a known bad number, an auto-blocking feature will prevent it from coming through. Users will also be able to block numbers manually.

Hiya analyzes more than 3.5 billion calls and text per month, applying “expansive algorithms” to identify unknown calls and texts and to monitor phone-based threats for consumers and businesses. And it provides call-blocking services to AT&T, T-Mobile, and Samsung Galaxy S7 users worldwide. 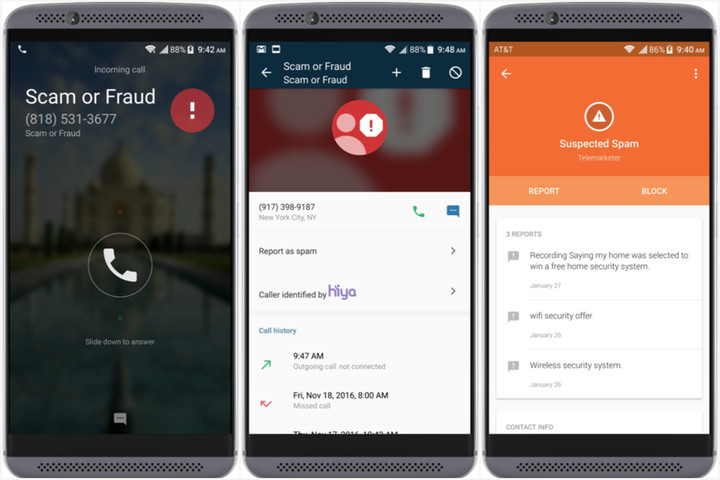 There’s been a groundswell of support for anti-spam initiatives in the past year. The federal government has imposed more than $1.2 billion in fines on telemarketers, and Senator Charles Schumer, D-N.Y., proposed legislation requiring telecom companies to offer free robocall-blocking technology. The Federal Communications Commission, meanwhile, has hosted two meetings of the Robocall Strike Force, a joint effort across carriers tasked with providing solutions to the problem of robocalls.

By and large, corporations have stepped up to the plate. In September 2016, Sprint expanded a partnership with Cequint to develop “enhanced caller ID solutions” that could be used to prevent spam calls from reaching customers. And in December, AT&T followed suit with Call Protect, a network-level feature that automatically blocks numbers flagged as “fraudulent” and lets customers temporarily block custom numbers for a period of 30 days.

But ZTE believes there’s more to be done. “We’re excited to team up with Hiya to automatically protect our consumers from the nuisance of robocalls,” Jeff Yee, ZTE USA’s vice president of technology planning and partnerships, said in a statement. “Our Axon 7 is the first in the U.S. to offer spam and scam protection along with a natively integrated caller ID solution for free because we are committed to protecting our consumers and giving them the best phone experience.”

Hiya integration will roll out to Axon 7 units in the coming days.

How to use Quick Note in MacOS Monterey

Walmart is practically giving away this Lenovo gaming laptop today