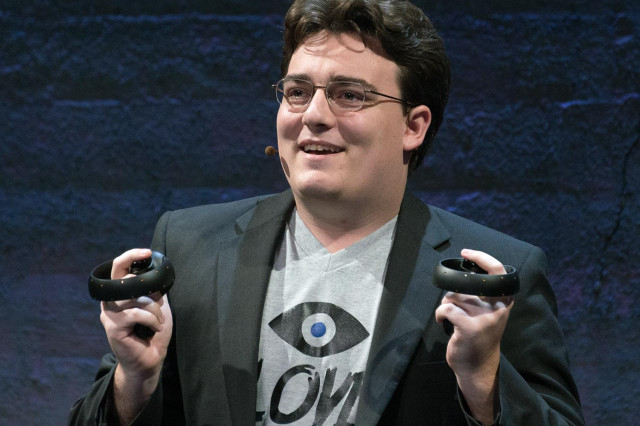 Zenimax has emerged victorious, but the verdict stops short of dealing a mortal blow to Oculus.

For the past two and a half years, video game publisher ZeniMax — known for the Elder Scrolls, Fallout, and the Doom reboot — has been embroiled in legal action against Oculus, the company behind the Rift virtual reality headset. Today, a jury in Dallas, Texas awarded ZeniMax half a billion dollars in damages.

It was decided that Palmer Luckey — and by extension Oculus, the company he co-founded — did not comply with a non-disclosure agreement that he had signed. The jury also ruled that Oculus did not misappropriate trade secrets, as Zenimax had claimed, according to a report from Polygon.

Oculus is backed by Facebook, and the damages set to be paid don’t come close to equaling what the social media giant paid for the company in 2014. Facebook has shown no signs of losing faith in virtual reality’s potential for the future, so it’s unlikely that we’ll see Oculus suffer too much as a result of this ruling.

It’s worth noting that ZeniMax’s attorney, Anthony Sammi, called for the company to receive a much larger sum in his closing argument. Sammi argued that the company deserved $2 billion in compensation, and that Oculus should be subject to a further $2 billion in punitive damages.

This dispute got underway when John Carmack left his role at the ZeniMax-owned id Software to become Oculus’ CTO, having split his time between the two companies for several months. It was alleged that Carmack had taken knowledge and technology developed during his time at ZeniMax with him when he joined Oculus full-time.

However, Oculus has long since held the position that Carmack cut ties with ZeniMax because he was eager to work with virtual reality, and wasn’t given the opportunity to do so. Attention was drawn to the fact that ZeniMax started its legal action just weeks after Oculus was bought by Facebook in a $2 billion deal.

$500 million will likely go a long way for ZeniMax, given that the company was valued at around $2.5 billion in 2016. On the other hand, it seems that Oculus got off fairly lightly, given the scope of the charges leveled against them.

What’s more, the fact that it was decided that Oculus didn’t misappropriate trade secrets will allow the company to downplay its misdeeds. The breach of a non-disclosure agreement is hardly as damning as allegations that the company stole the technology used as the basis for its flagship product, the Rift.

Oculus apparently plans to appeal the decision. “The heart of this case was about whether Oculus stole ZeniMax’s trade secrets, and the jury found decisively in our favor,” a spokesperson for the company told Polygon shortly after the ruling. “We’re obviously disappointed by a few other aspects of today’s verdict, but we are undeterred.”