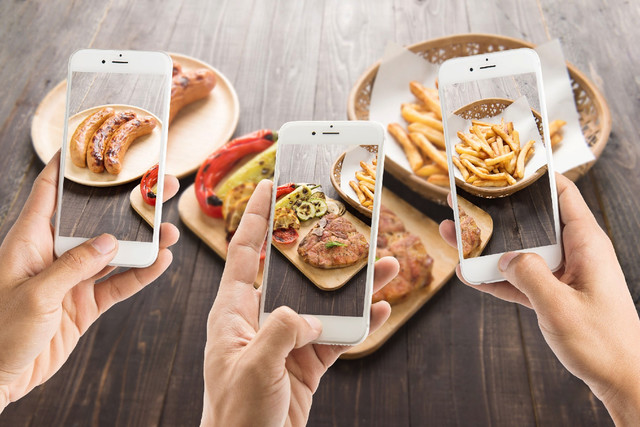 The analysis tool can offer insight when measuring how fit and healthy citizens are in certain cities and comparing them to the laws proposed to help promote that lifestyle.

Twitter, it turns out, isn’t just about wacky hashtags and slandering celebrities anonymously.

A new tool developed by researchers at the University of Vermont’s Computational Story Lab — along with those at the University of California, Berkeley, Massachusetts Institute of Technology, and several others universities — is using the social network to track how America is eating and exercising.

Called the Lexicocalorimeter, it searches for thousands of activities and foods, and assigns them approximate calorie number, with the broad idea being that tagged phrases are split into “caloric input” and “caloric output” categories. These aren’t just your everyday “running” and “pushups” type exercises, either: the researchers have included the likes of “pole dancing” and “alligator hunting” among the things it’s looking for. Case in point: One of America’s favorite “activities” is watching television.

The goal is to see what kind of caloric balance exists around the United States, with positive examples being set by places like Colorado (“running” as activity, and “noodles” as food), while Mississippi sadly ranks at the other end of the spectrum (“eating” and “cake.”)

True, it’s not super accurate, but it’s the kind of insight that is only possible to start exploring in an age of social media.

“We’ve had an amazing explosion of information, with people expressing themselves online through social media,” Peter Dodds, a scientist at the University of Vermont, told Digital Trends. “This research is an attempt to use that to look at population health patterns on a country, state, and city basis.” He describes the results as a “dashboard of society.”

Eventually, it will be possible to monitor everything in real time but for now, you will have to settle for looking at the results of 50 million geo-tagged tweets from 2011 and 2012.

“On an individual level, I think this can be interesting because it allows you to compare yourself or your state to people living elsewhere in the country, for example,” Dodds continued. “You could also do the same over a period of time, which allows you to reflect on whether things are getting better or worse. From a city planner or policy-making perspective, it could also be incredibly important. If you can see these numbers in front of you, it would be possible to look at what happened in another city when they introduced a particular program to see whether it was effective.”

In all, it’s another amazing demonstration of the way that even seemingly throwaway social media comments are helping document the age we live in.

“Just imagine if we had these tools going back 100 years,” Dodds said. “You would see remarkable transformations taking place in the kinds of food and exercise that people talked about. Going forward, we hope that this lasts for a very long time.”

You can check out the Lexicocalorimeter here.