Wondering about Wonder’s plans for its super gaming phone? Answers may come soon 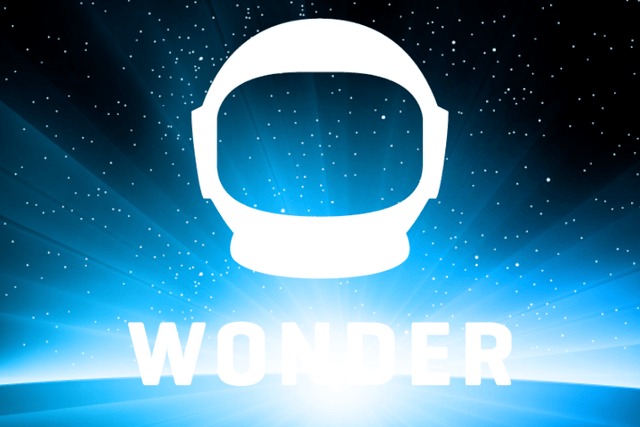 Before the end of the year, you may be able to buy a phone with the latest tech inside, including VR and AR support, made especially for gamers

You don’t need to be an industry mogul to understand it’s hard, bordering on the impossible, to become a hit smartphone manufacturer these days. The market is just too crowded, and the endeavor too expensive. However, that doesn’t stop companies from trying, and the latest is a startup called Wonder, which may be working on a high performance device with a VR/AR twist that will appeal to gamers.

Details are very thin at the moment, but here’s what we think we know about it.

Wonder made itself slightly public back in June 2016, when CEO Andy Kleinman told Forbes he was working on a new entry into the “mobile space,” and that virtual reality would be involved somehow. The air of mystery continues to this day, but more may come to light very soon. A post on the official Wonder Twitter account says, “Applications for the Wonder beta program starting in a few weeks at Wonder.com,” indicating work has been steadily progressing.

It’s not clear whether this will be a closed beta for a select few developers, or if the public will be able to join in; but interested people should sign up at Wonder’s website now. Once the program begins, we may get a few more details about the secretive company’s plans.

Kleinman sees a crowded market filled with smartphones designed for very broad usage, which he believes opens the door to producing a niche device that will satisfy the needs of a smaller group of people.

Related: Why you don’t need to spend masses of money on an Android smartphone

Wonder is going after gamers, but the eventual device won’t simply be a powerful smartphone. Instead, the intention is to build, “one device to rule them all,” according to Kleinman in an interview. He says this will make it, “unique and exciting,” while solving the problem of having multiple devices, accounts, and bills.

He also talks about smartphone design and functionality being restricted due to larger companies need to appeal to a massive audience. He sees the Wonder phone shifting away from that. There’s also plenty of talk about virtual reality and augmented reality, but without any details regarding the exact technology, or how it will be implemented.

The company’s website has no information outside of the chance to receive update alerts in the future, but rumors spread regarding its design intentions in mid-2016. To be futuristic and a style icon, is apparently the plan for Wonder’s phone, according to an anonymous source speaking to TechCrunch.

The official Wonder Twitter account is sparse, but one tweet asks, “Are we building a phone?” Then replies by saying it’s, “Too early to tell.” However, the plan is to have the resulting Wonder device go on sale during the final three months of 2017.

Kleinman, who previously worked with game studio Zynga, has a 30-person team with him at Wonder according to TechCrunch, including the former VP of Engineering at Android alternative Cyanogen. Investors include names from WB Studios, Facebook, and several notable names outside of the tech industry such as Kevin Spacey.

The evidence available right now points to Wonder wanting to build a phone. However, that’s very different to actually putting a phone on sale. Situations like this could go either way. We’re still waiting for the Saygus V2/V Squared — a so-called “no compromise” smartphone — for example; but when people like Andy Rubin are still keen to get involved with making a smartphone, there has to be space for the right product.

Article originally published in July 2016. Updated on 02-14-2017 by Andy Boxall: Added in news of Wonder’s beta test, and other details.

How to watch Nice vs PSG: Live stream Ligue 1 football online from anywhere