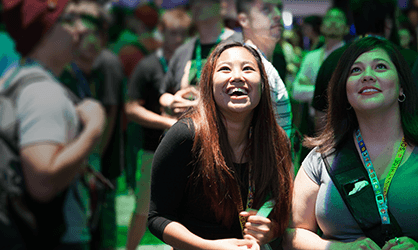 The contributions of women to electronic gaming have often been underappreciated, but an upcoming exhibit at The Strong National Museum of Play is looking to remedy that.

The Strong National Museum of Play in Rochester, New York, is a collections-based museum focused on the “exploration of play.” It hosts the International Center for the History of Electronic Games (ICHEG) and the World Video Game Hall of Fame — meaning it’s the place to go to experience anything to do with the history of computer gaming.

The museum has announced an upcoming Women in Games project aimed at recognizing the contributions of women in creating electronic games. The initiative will pull together and maintain materials that highlight the impact women have had on the gaming industry.

More: Obama to honor two women who helped shape computer science as we know it

“Women have played major, if often underappreciated, roles in the development of both games and computing, the two streams of cultural and technological development that combined to produce the modern-day video game industry,” said Jon-Paul Dyson, director of ICHEG. “Women have indelibly shaped every aspect of the history of video games, and that story needs to be better documented and told.”

The Women in Games initiative will utilize the Strong Museum’s existing holdings, comprised of prototypes, games, design and marketing documents, correspondence, photographs, and other materials, and will add in new materials as well. Some of the more important collections that will be utilized in the project include the Ken and Roberta Williams Sierra-Online collection, Her Interactive, Inc Collection, and the Atari Coin-Op Division Collection.

The project is being spearheaded by Shannon Symonds, ICHEG associate curator, who describes the effort as follows:

“The Strong’s Women in Games initiative will chronicle the many ways women have shaped the development of games, from design and production, to manufacturing and marketing, to consumption and criticism. We invite anyone with relevant materials, or who would like to help us tell this important story, to collaborate with us in a number of ways — from donating materials to underwriting programs.”

The Women in Games exhibit is schedule to open in September 2018, and will cater to the museum’s more than 2 million on-site and online visitors. To find out more about the Women in Games initiative, or to lend your support, you can contact Symonds.