Home News We’ve made a map so you can find the HTC Vive demo...
News 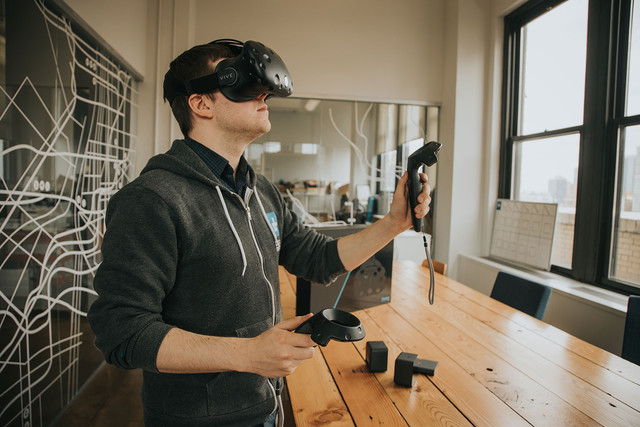 We’ve hammered out many words about why the HTC Vive is great, and honored it with our Editor’s Choice award. But we’d understand if you’re still not sure what this VR thing is all about. It’s an experience that’s unlike anything most people have ever tried, so it’s hard to grasp by simply reading of it. You really have to try it for yourself. HTC is aware of this, so it has a comprehensive demo program that let you try out the experience for yourself. Here’s where you can try the VR revolution before throwing down $800 to become a part of it.

HTC has three Vive demo partners — Gamestop, Microsoft, and Micro Center. While you can read more about each below — and see a full list of demo locations — we’ve summarized the locations, including two from Newegg, on Google Maps, so you can find the location nearest you.

As you can see, most locations are in North America. There are some locations internationally, but they are not taking place through HTC’s three major partners.

Select Gamestop stores started Vive demos in mid-April, and more have rolled out in the months since. Around 54 Gamestop locations now feature demos for the HTC Vive. Demos tend to occur once a day for a couple hours, often in the morning, but this is on a store by store basis, so you’ll have to call a nearby store to find out when the demo occurs. Gamestop has partnered with CyberPowerPC to provide the hardware for the demo stations. Most of the stations are on either the west or east coast, but more than a few are available in midwestern and southern states.

After a small initial roll-out, Microsoft quickly expanded the Vive demo program. Today, 56 Microsoft stores across the country are showing the Vive on Alienware Area 51 gaming rigs. Microsoft says free demos last 10 minutes or so, and that customers must either be 18 years old, or 13 years old and have the permission of a parent or guardian.

Microsoft is the only demo partner with locations outside the United States, too. It has several in Canada, and one in Sydney, Australia.

Electronics retailer Micro Center sells the Vive — and occasionally offers some great discounts — but certain stores also have the option to demo the Vive. Unfortunately, the company doesn’t have a complete list of participating locations, nor has it detailed how long the demos last or when it will stop demoing units. Your best bet is to see if there’s a Micro Center store near you and give them a call to see what’s up.