Home News Want to simulate anti-gravity in VR? Use a headset in your swimming...
News

Want to simulate anti-gravity in VR? Use a headset in your swimming pool 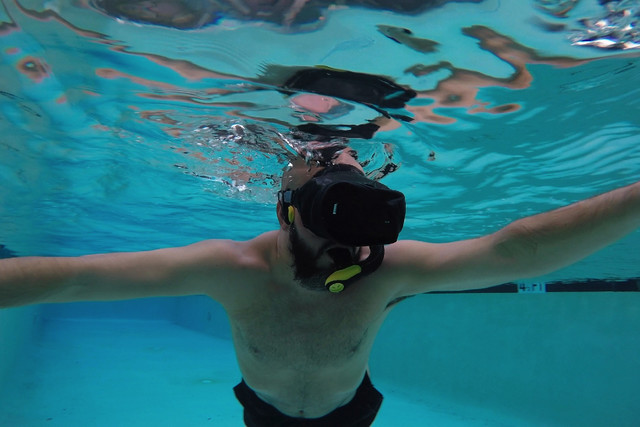 Virtual reality may be able to give you the visuals for any setting, but taking a waterproof headset into your swimming pool could simulate weightlessness, too.

Folks in tech have a thing about convergence. Whether it’s combining personal data assistants with cellphones to create smartphones, or crossing web browsing computers with televisions to create smart TVs, there’s something irresistible about combining two different concepts and hoping the results are greater than the sum of their parts.

That’s what friends Stephen Greenwood and Allan Evans may have achieved when they decided to combine a scene from a popular Netflix series with virtual reality headsets to create … floating underwater VR. Sure, it sounds a bit crazy, but it’s hard not to be a little intrigued. 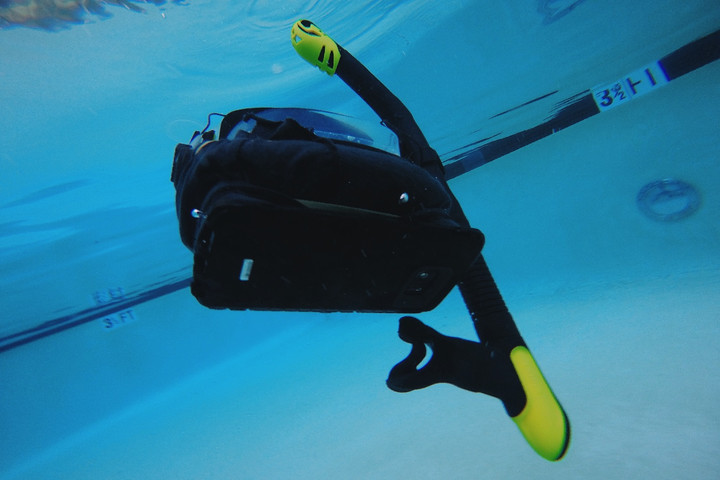 Evans, co-founder of headset maker Avegant, immediately set about thinking of ways to develop a prototype to see if the idea was worth exploring further. The very next day he got hold of a diving mask and 3D-printed two blocks to go inside it to allow a waterproof Android smartphone to be slotted inside like an aquatic Google Cardboard device. It was then just a matter of finding a swimming pool to test the creation in.

“The first experience I wanted to test out was simulating a space environment,” Greenwood continued. “I was able to track down a CG-rendered video of the International Space Station floating above the Earth. The impact was pretty much immediate. Even though it’s not the highest resolution or fidelity, there was a moment where — for a brief second — you really felt like you were an astronaut floating in space.”

Evans is quick to point out that this is in no way a finished product. “It’s the earliest possible stage of a prototype,” he said. “It couldn’t be any earlier.”

They’re not finished yet, though. “The next step is to see if we can incorporate a positional tracking system so that, rather than just being able to turn your head to look around at a 360 video, there’s the ability to swim toward objects in virtual reality,” he continued. “That’s going to be a big step to us.”