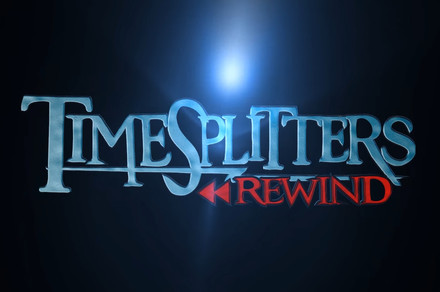 TimeSplitters was a beloved gaming franchise that died off too soon, but a group of its most ardent admirers seems poised to bring it back.

Cinder Interactive Arts has unveiled the first teaser trailer for TimeSplitters Rewind, its upcoming multiplayer-only resurrection of the beloved FPS franchise. The clip doesn’t reveal too much — there’s no gameplay footage at all — but it’s welcome confirmation that the project is still in development.

TimeSplitters Rewind was borne out of an unsuccessful attempt to convince Crytek to continue the development of TimeSplitters 4. In an attempt to placate the series’ loyal fanbase, the decision was made to let the fan project go ahead, since there apparently wasn’t enough demand for an official sequel.

Crytek U.K. — known as Free Radical Design during its time working on the TimeSplitters games — gave its blessing to the project, and offered up assets from the first three games as reference material. Rewind will utilize CryEngine, as a result of the now-defunct studio’s relationship with its creators, CryTek.

Initial plans for TimeSplitters Rewind stated that the game would be a recreation of the series’ classic multiplayer mode, set to feature dozens of playable characters from across the trilogy of games. The team also had plans to recreate each installment’s single-player campaign, but multiplayer has always been the first priority.

Cinder Interactive Arts was given permission to pursue TimeSplitters Rewind in 2012. Many fans were worried that, as with TimeSplitters 4, the game would drop off the radar. However, this new teaser trailer confirms a 2017 release date, so it seems that the project is coming along quite nicely.

The audience for multiplayer FPS games has changed dramatically in recent years, and it remains to be seen whether there’s a place at the table for the TimeSplitters series. Rewind will be warmly received by fans if it can recreate the unique feel of the original games — and if it can appeal to the masses, we might see the franchise make a more official comeback.

Samsung fans have finally entered the modern smartphone age — the age of phones with no headphone jack. Unless you
Read more
News

Boost your productivity with this top-rated organization training

Few things are more important than staying organized when it comes to achieving your personal and professional goals. Whether you're
Read more

Samsung fans have finally entered the modern smartphone age — the age of phones with no headphone jack. Unless you
Read more

Boost your productivity with this top-rated organization training

Few things are more important than staying organized when it comes to achieving your personal and professional goals. Whether you're
Read more

The gaming industry cannot continue to function like this.For almost a week, the gaming world has been on a nightmarish
Read more