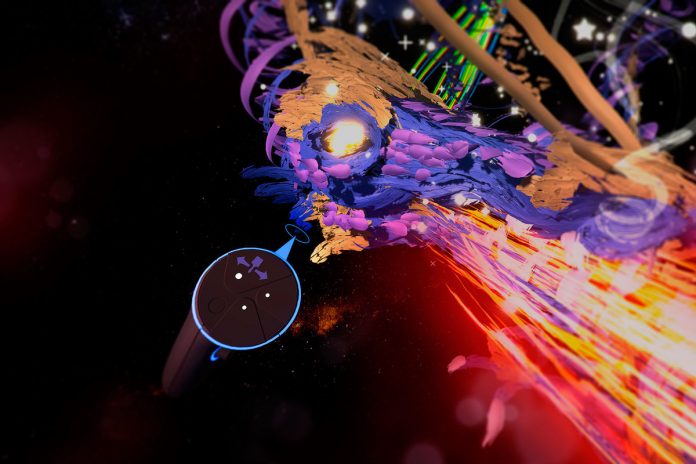 With such high barriers to entry, cross-compatibility will be a big deal for VR going forward — Tilt Brush is just one of many examples we’re likely to see.

Now that the Oculus Touch controllers have had some time to pick up steam among Rift users, Google is releasing a new version of an old favorite for the Rift platform. Starting on Tuesday, Google’s Tilt Brush is available on the Oculus Rift, with full support for the Touch controllers.

Don’t worry, it’s more than just a straight port of a popular title. The new version of Tilt Brush for the Oculus Rift features some design changes intended to take advantage of the Touch controllers and their particular strengths.

More: Still not sure about the Touch controllers? Check out our review for a full breakdown.

The Rift version of Tilt Brush includes a virtual representation of a user’s thumb, to preview which button on the Touch controller they are about to press. Additionally, Tilt Brush is fully compatible with the Rift’s built-in headphones, providing a uniquely immersive experience, according to Google.

“Different brushes create different sound effects, and they become a vivid part of the experience through your headphones. We love using audio reactive mode with Rift headphones and seeing strokes come to life with light and sound,” says Elisabeth Morant, product manager for Tilt Brush.

More: From sculptors to graffiti artists, Google’s artist-in-residence program aims to bring VR to everyone.

Tilt Brush was one of the breakout stars on the HTC Vive platform, offering a unique take on a typical painting app. Instead of painting on a flat surface, you paint in three dimensions, all around you in virtual reality. It’s unusual in that it’s not exactly a game or a traditional VR experience. The focus here is on creativity and bringing Tilt Brush to the Oculus Rift will bring a whole new wave of users to the popular VR painting app.

For Google, it is another step toward building a large, inclusive community of VR artists who create works of art using Tilt Brush. It’s a relationship Google has fostered with its artist-in-residence program, by partnering with digital artists to explore the capabilities and potential apps like Tilt Brush present.

The app is available on the Oculus Store for $30, as long as you have the Touch controllers.