Home News T-Mobile offers a free year of Netflix with the purchase of a...
News 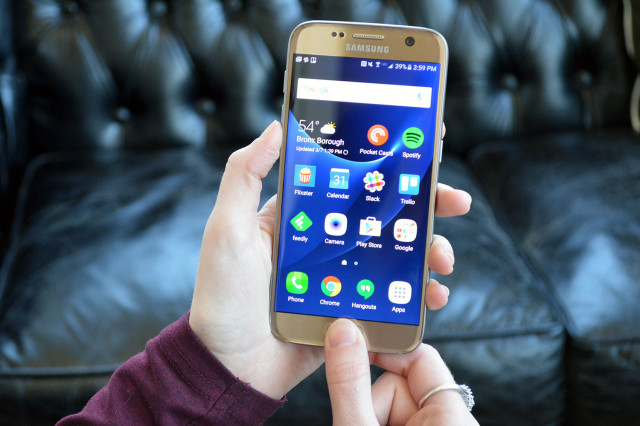 In the market for a new smartphone? Love Netflix? T-Mobile’s promotion could save you $120.

As the world awaits the arrival of the Samsung Galaxy S8, T-Mobile is making a compelling case for the Galaxy S7 with its latest promotion. The carrier is giving away a year of Netflix with the purchase or lease of a Galaxy S7 or S7 edge from now until February 7.

All customers need to do is visit Samsung’s Promotions site by February 21 — once they’ve purchased an eligible smartphone and paid any applicable sales tax or down payment, of course. From there, users can enter their device’s information and upload their receipt, and in exchange they’ll receive a single-use code the can be redeemed at Netflix’s Special Offers page. The code expires after March 31, though, so be sure to act fast.

T-Mobile has run similar deals over the past two years, when the S6 and S7 were first made available for pre-order. This time, however, it appears Samsung could push the launch of its next-generation flagship to as far back as the end of April, giving the carrier a little more time to move inventory that is about to be superseded.

Still, the imminent release of Samsung’s next big thing doesn’t make the outgoing S7 devices any less compelling. We were impressed with the S7’s gorgeous, waterproof design, powerful Snapdragon 820 processor, and vibrant AMOLED display when we reviewed it last year, and the opportunity to save $120 with a free year of Netflix only sweetens the deal.

The Galaxy S7 is currently listed at T-Mobile for a full retail price of $674, while the edge is going for $780. They are also available for installment payments of $26 and $30 over 24 months, with $50 and $60 paid upfront, respectively. The Netflix subscription in question is of the standard variety, with simultaneous streaming for up to two devices.