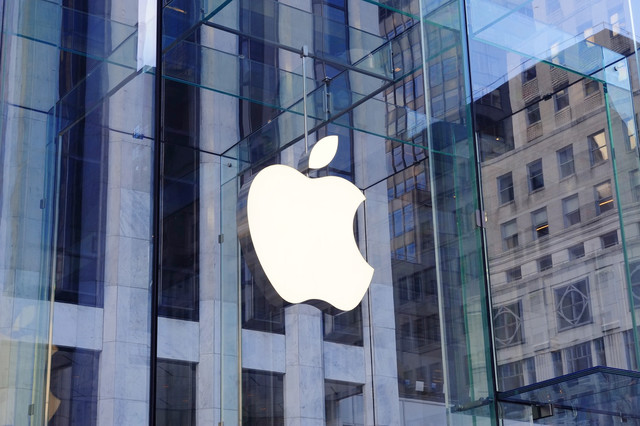 Apple is back in business. The Cupertino, California-based phone maker reported record revenue in its first quarter to the tune of $78.4 billion, which beat earnings of $75.9 billion in the same period last year. It walked away with a profit of $17.9 billion, reversing a three-quarter trend of year-over-year sales declines.

“It was a dynamite quarter,” CEO Tim Cook said during a call with investors.

More: If iOS 9.3 bricked your iPhone or iPad, download this update from Apple

The iPhone sales are largely to thank. Apple shipped 78.29 million iPhones in the period from November to January, beating projections of 77.42 million. Cook credited particularly strong sales of the iPhone 7 Plus, the pricier of Apple’s two top-tier smartphones. But Apple’s Services division contributed, too. Revenue from the App Store, iTunes, Apple Music, Apple Pay, and iCloud hit $7.17 billion in the first quarter. Purchases in the App Store alone hit a record $3 billion and revenue double that of the Google Play store.

During the earnings call, Cook said he expects the size of services revenue “to be equivalent to a Fortune 100 company” this year and said Apple plans to double Services revenue within the next few years.

When it comes to smartphone sales, Apple beat the market trend. In September, analysts at Gartner projected that global growth phone shipments would slow to seven percent after 14.4 percent growth last year. It blamed a combination of factors, including saturation in major developed markets and lengthening upgrade cycles.

Apple experienced no such decline, but noted a dip in China. Sales were $16.2 billion, down 12 percent from the same quarter a year ago. Analysts blame stiff competition from local manufacturers like Huawei, Oppo, ZTE, Vivo, and Xiaomi.

And the company’s other ventures were just as successful, more or less. Apple said Apple Watch revenue hit a record this past quarter despite a year-over-year decline in its “Other products” category, which includes the company’s Apple Watch, AirPods, Beats headphones, and other accessories.

Despite the dip in sales, Cook called the AirPods “magical,” and said they were “off to a good start.”

More: Could Apple’s next iPhones be made in the USA?

Sales of the company’s Mac computer line, meanwhile, stayed relatively steady. Apple shipped 5.4 million units, up slightly from the 5.3 it sold in the year-ago quarter. And iPad sales continued a long decline, falling 20 percent to 13.1 million units from 16.1 million in the same quarter a year ago.

The future is looking a little dimmer, unfortunately. Apple is projecting revenue of $51.5 billion to $53.5 billion, slightly below analysts’ expectations. Despite those gray clouds on the horizon, though, Apple ended the quarter with $200 billion in cash. Company stock is currently up 2.7 percent in after-hours trading.