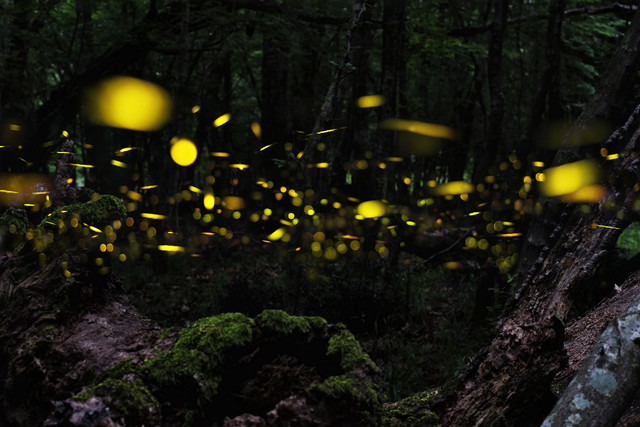 Stanford researchers have moved one step closer to the development of cellular vaccines by demonstrating how a mouse can be engineered to glow.

No, it’s not a deleted scene from The Island of Dr. Moreau; scientists at Stanford University really have come up with a way to make mice glow in the dark by producing firefly proteins. And it could just turn out to be a major advance in the development of future designer vaccines or even cancer therapies.

The research was described in a recent paper published in the journal Proceedings of the National Academy of Sciences.

“This study demonstrated for the first time that we can deliver messenger RNA (mRNA) to cells in a dish, or to cells in organs of living animals,” Professor Christopher Contag, one of the co-authors, told Digital Trends. “mRNA is the intermediate between the genome and functional proteins. Prior to this work there has not been an effective way to transfer synthetic mRNA into cells in a way that the cell can turn it into protein. This opens up an entirely new way to have cells express proteins that can treat a myriad of diseases.”

The work represents a significant advance in the ability of scientists to send mRNA through a cell membrane: something which poses a challenge due to the fact that mRNA is negatively charged, and therefore cannot easily sneak through a positively charged cell membrane.

To get around this, the scientists involved with this research came up with a positively charged delivery method. Once inside the cell, the mRNA then detaches from its transporter compound to manufacture proteins without any problems.

More: 96 percent of the world’s genetic data is from white people — here’s how we change that

The reason for the mouse experiment was all about quickly demonstrating that the efforts had been a success.

“We needed a way of getting a readout to show that the material had made it to its destination as intended,” Professor Paul Wender, another co-author, told Digital Trends “What we did was to use mRNA that codes for an optical readout, meaning one that we could see. In this case that meant light coming out of a cell. It’s the fastest way of discovering whether you have succeeded in getting something into a cell, by getting it to shoot photons back at you.”

Not only did the mammalian cell successfully generate an insect protein in a way that was biologically active, but it also did so without the mouse suffering any ill effects — or even seemingly noticing anything was different.

“It was a temporary effect,” Wender said. “The protein production maximized after a few hours, and it plays out anywhere from 24-48 hours. For many therapeutic opportunities, this is exactly what you want. For example, if you or I were to have a headache that requires aspirin, it’s good that it only acts for 8-12 hours. If you were constantly under the influence of aspirin, there would be other undesirable consequences.”

He did, however, note that it could also prove possible to produce longer-lasting, persistent effects by going into the genome and altering DNA on a fundamental level.

It’s still early days for this research, but the possibility of mRNA transmission opens up some enormously exciting, life-altering possibilities in the years to come. And, when you’re talking about reprogramming cells, we mean “life-altering” in the literal sense.