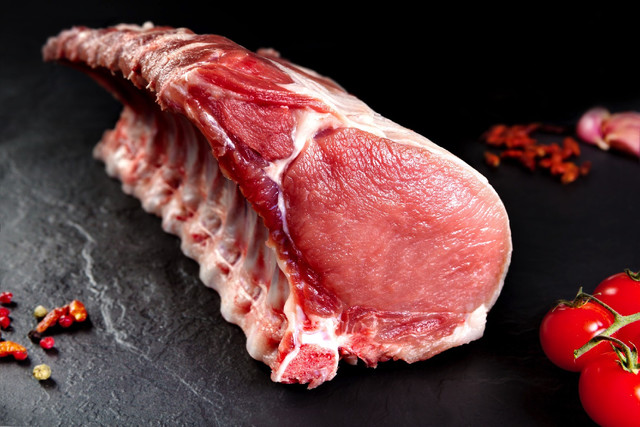 A new study published in the journal Scientific Reports has taken us one step closer to the dream of animal-free meat. (And, no, in case your mind immediately goes to the 1973 sci-fi movie Soylent Green, it ain’t people, either!)

“What the paper describes is research designed to generate muscle from a newly established pig stem-cell line, rather that from primary cells taken directly from a pig,” co-author Dr. Nicholas Genovese, a stem-cell biologist (and vegetarian), told Digital Trends. “This entailed understanding the biology of relatively uncharacterized and recently-derived porcine induced pluripotent stem cell lines. What conditions support cell growth, survival and differentiation? These are all questions I had to figure out in the lab before the cells could be turned into muscle.”

As you can imagine, this wasn’t straightforward.

“It was exceptionally [distressing] when conditions I thought would support differentiation caused all of the cells to die,” Genovese continued. “But fortunately I was able to identify a solution that would allow the stem cells to survive, allowing their transition to skeletal muscle.”

More: Food-production startup promises meat without murder by growing it in labs

It may not sound like the most appetizing of foodstuffs, but pig skeletal muscle is in fact the main component of pork. The fact that it could be grown from a stem-cell line, rather than from a whole pig, is a major advance. This is also true of the paper’s second big development: the fact that this cultivation of pig skeletal muscle didn’t use animal serum, a component which has been used in other livestock muscle cultivation processes.

Genovese is the chief science officer and co-founder of Memphis Meats, a foodie startup which aims to grow edible meat in a lab. Having last year debuted a lab-grown meatball, the company is now working on developing other meats and scaling its business.

He also acknowledges that there are other non-food-related possibilities the work hints at. “There is a contingent interest in using the pig as a model to study disease and test regenerative therapies for human conditions,” he said.

While we’re still a way away from lab-grown meat being readily available and affordable (the aforementioned meatball cost $1,200 to grow), the plan is for this to happen over the next 5-10 years. In other words, Memphis Meats is a startup worth keeping an eye on.