HomeNewsSamsung may swap out the Galaxy Note 7’s hot battery to sell...
News

Samsung may swap out the Galaxy Note 7’s hot battery to sell you a safe, refurbished version 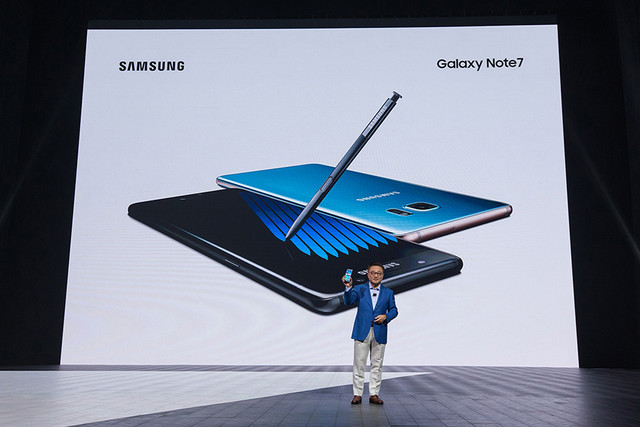 If you’re missing the Galaxy Note 7, and are prepared to forgive its past mistakes, a refurbished model may be coming along

The Galaxy Note 7 doesn’t have the best reputation, probably because of all the fires and explosions, yet Samsung reportedly believes it can give the device a new lease of life and resell it as a refurbished model, presumably at a lower price. Rumors about the move have spread for a while, and reports consistently repeat much of the same information, which may mean Samsung’s ready to try and claw back some of the money invested in the Note 7.

When is it likely to happen? Samsung may release its refurbished Galaxy Note 7 phones in June, according to a report from a South Korean source; but how will anyone be able to trust they won’t explode again? The battery, which was the cause of the problem, will apparently be swapped out and replaced by a smaller cell, dropping the capacity from 3,500mAh to either 3,000 or 3,200mAh. This would reduce the space taken up by the battery inside the Note 7, another contributing factor in the device’s problems.

It’s not the first time we’ve heard much of this. At the end of 2016, another report from South Korean outlet The Investor, said Samsung might be considering selling refurbished Note 7 smartphones beginning in 2017. The information came from an anonymous industry source, who said, “Samsung has not made a final decision yet, but it will likely sell the refurbished Note 7 units next year.

Both reports say Samsung will sell its old Galaxy Note 7 handsets in emerging markets, namely India and Vietnam. It may have difficulty re-introducing the phone into markets where the phone was heavily recalled, and carriers may be wary about taking on a refurbished device with such a strong stigma attached to it. However, if the price is right, we have a feeling many will be prepared to ignore that.

More: After killing the Galaxy Note 7, Samsung is now looking to reduce its environmental impact

Samsung may be driven to re-release a fixed up Note 7 for several reasons. The massive cost involved in developing, building, releasing, and then recalling the phone is enormous, and it’s mentioned the company may still have 2.5 million Note 7 phones hanging around its warehouses. Clawing back some revenue would ease the financial pain. Additionally, Samsung has environmental targets to meet, and those don’t involve throwing out millions of smartphones. Rebuilding a safe Note 7 to sell on the remaining inventory would avoid this problem.

Nothing has been made official by Samsung yet, but the rumors certainly suggest the company is considering a refurbished Galaxy Note 7. If you’re given the chance, would you buy one?