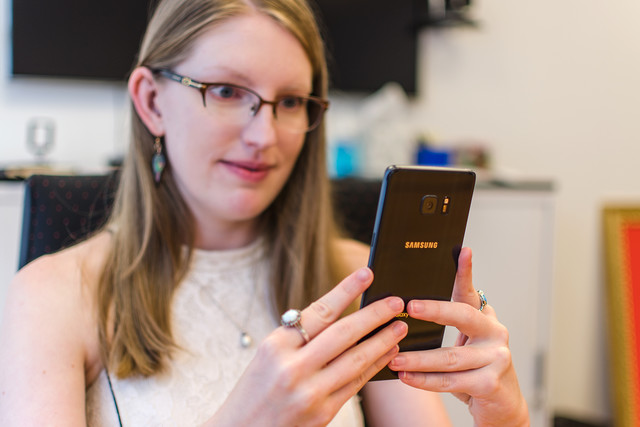 The South Korean government may change its rules regarding smartphone regulation, hoping to ensure exploding phones are a thing of the past.

Samsung’s Galaxy Note 7 controversy was a major headache, to say the least, and the South Korean government is doing all it can to ensure history doesn’t repeat itself. According to The Investor, new safety regulations will require smartphone makers to report immediately when their handsets explode or burst into flames.

“When the new rules come into effect, phone makers will […] have to immediately launch an investigation — right after the submission of the report — to provide if the fires or explosions were caused by flawed parts or external force,” an official from The Ministry of Trade, Industry Energy told The Investor on the condition of anonymity.

More: Everything we know about Samsung’s Galaxy Note 7 recall

“In the latest Galaxy Note 7 incident, it took 10 days for Samsung to report the first case to the government. At the time, there were no timeframe requirements in notifying the authorities,” the official said.

The new rules are expected to be announced as soon as next week, alongside the publication of the results of a government-led investigation into the Note 7 series.

In early September, reports of exploding Note 7 devices emerged online. Samsung issued a worldwide recall in the weeks following, blaming the problem on a “battery cell issue” and pledging to conduct a “thorough inspection with […] suppliers to identify possible affected batteries in the market.”

The company subsequently began replacing customers’ units with replacements, but several of those, too, caught fire.

The controversy reached a fever pitch in late 2016, when the Department of Transportation, Federal Aviation Administration (FAA), and the Pipeline and Hazardous Materials Safety Administration (PHMSA) banned Note 7 devices from public transit and commercial flights in the U.S. The U.S. Consumer Product Safety Commission (CPSC) followed suit, issuing a mandatory recall of all Note 7 devices.

To encourage Note 7 owners to return their devices, major carriers in the U.S. including Sprint, T-Mobile, Verizon, and AT&T deployed an update that disabled the battery on the phone, rendering it useless. An update distributed via Canadian and Australian carriers limited the phone’s capacity to 60 percent.

All told, Samsung received 96 reports of batteries in Note 7 phones overheating in the U.S., including 23 new reports since the September recall.

South Korea’s new regulations come on the heels of Samsung’s tell-all press conference in January. The company revealed that flawed battery cells in the first and second batch of Galaxy Note 7 units were to blame for explosions and fires in some phones.

DJ Koh, president of Samsung’s mobile communications business, told reporters that the company would institute preventative measures going forward, including an eight-point visual inspection process, added staff dedicated to overseeing each battery’s safe installation, and the publication of its intellectual property around battery safety and standards.