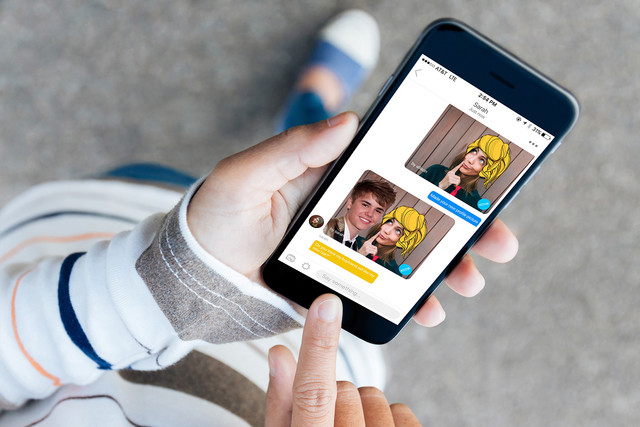 PicsArt wants to make photo editing more social. Today, the mobile app launched Remix Photo Chat, which allows users to share images within private groups for re-editing. The feature builds in the original Remix, which allowed users to tag their photos, indicating whether they are free for others to edit and “remix” using publicly posted images.

While the app is both a photo editor and a social platform, the latest update now allows users to engage in on-one-on or group chats, editing images not shared publicly. While editing photos for a chat with friends may mirror Snapchat, in PicsArt, the photos aren’t designed to disappear after viewing, but instead encourages users to edit the same image. PicsArt says the new feature encourages users to do things like personalize group photos from events, start a photo editing contest or troll friends with an edit of their selfie.

In Remix Chat, users can choose from the app’s filters, photo overlays, masks, clone and stamp tools, drawing brushes and 10,000 stickers to edit the shot. Users can also start with any of the now four million images tagged with #freetoedit instead of their own shots.

“We’re excited about Remix Chat because we think it’s the next step towards our mission to build the most complete creative social platform on mobile,” said Hovhannes Avoyan, PicsArt co-founder and CEO. “People have been creating and sharing amazing photo edits, memes and mixed media collages with PicsArt for a while. Now, they can do it together, in a conversation — with Remix Chat. We’re looking forward to seeing our community riff off each other in a new creative way.”

To start a new chat, users edit a photo, head into the save options in the upper right, choose to keep the photo private or share publicly, then select “Send Direct Message” to directly share that photo with another PicsArt user.

The latest feature is now available in select countries on both the iOS and Android versions of PicsArt. The company says the feature will also come be coming to Windows soon.