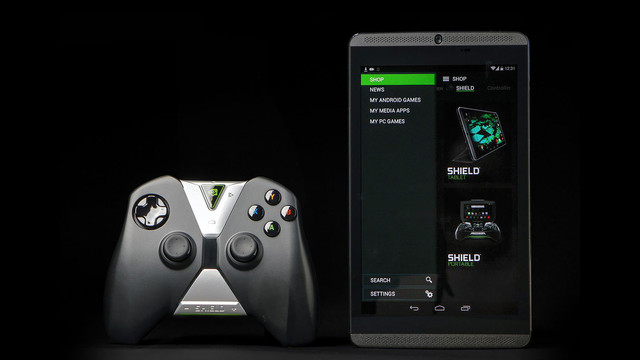 Not only does this update add new features provided by Android 7.0 Nougat, but Shield tablet owners can now use the new Shield controller launched in January.

Nvidia is rolling out a new update for its Shield-branded tablet. Dubbed as Software Upgrade 5.0, it brings support for the new Shield controller, improved notifications, better power consumption, and more. The update will have a staggered release over the next few days to make sure there are no immediate problems.

Nvidia released its second-generation Shield Controller in January. It sports a refined design, a better battery than the original, and a slim touchpad in the center that replaces the volume buttons. It’s also more aesthetically pleasing to the eye while adding dual vibration feedback in the process. The update brings the Shield Tablet up to speed with this peripheral so users have better control over their gaming experience.

Software Upgrade 5.0 also updates the operating system to Android 7.0 “Nougat.” This version adds features like running two apps side by side, a new “doze” feature for saving battery power while users are on the move, smarter notifications, a faster boot time, and more. Users will see 72 new emoji too.

Here is a detailed list of what Android 7.0 brings to the Shield Tablet:

Split-screen:
Compatible apps can run side by side in portrait and landscape modes.
—————
Quick Switch:
Double-tapping on the Overview button brings users back to the previous app.
Notifications

Bundled Notifications:
Multiple notifications from a single app are now bundled together.
—————
Direct Reply:
Users can reply to messages within notifications without having to open the app.
—————
Silence:
Tap and hold on a notification to silence or block an app’s following notifications.
Power

Doze:
This feature will conserve battery power when the device is in motion.
Usability

Adjustable Sizes:
The display and font sizes can now be separately adjustable.
—————
Customize Quick Settings:
This area can now be customized in the menu by tapping “edit.”
—————
Quick Settings Tiles:
On the lock screen, users can now swipe down to access the top Quick Settings tiles.
—————
Improved Settings:
Settings now includes a Navigation menu & Suggestions.
—————
Revised Overview:
The “clear all” option in Overview now resides at the top right.
System Improvements

Data Saver:
This feature will disable access to cellular data for apps running in the background.
—————
Updated JIT Compiler:
In a nutshell, this speeds up the system and app update processes.
—————
Updated Security:
Nougat updates Android to the December 1, 2016, Android Security Patch Level.

Software Upgrade 5.0 also introduces Shield Rewards, an exclusive “loyalty” program for Shield device owners. This program provides members with the latest news regarding apps, games, and products for Shield devices. It also serves up “premium rewards” like discounts, chances to win prizes, free games, and so on.

Launched in July 2014, Nvidia’s Shield-branded tablet is based on the company’s Tegra K1 all-in-one chip (SoC). Costing $199, it sports an 8-inch screen, a 1,920 x 1,200 resolution, 2GB of system memory, and 16GB of internal storage. Other features include Wireless N and Bluetooth 4.0 connectivity, a 5MP camera, and support for Nvidia’s Shield DirectStylus 2.