Home News Nokia announces the return of the legendary 3310
News

Nokia announces the return of the legendary 3310 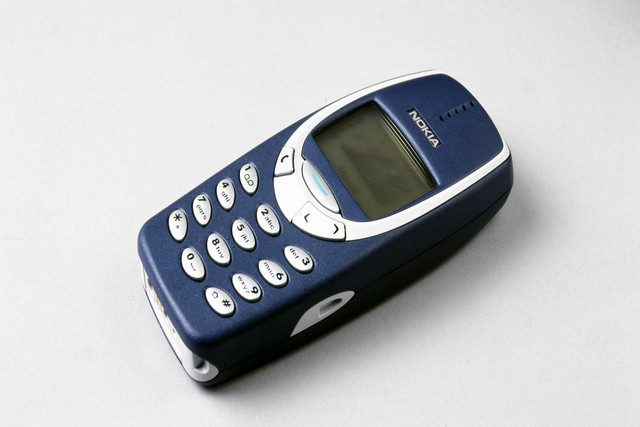 The Nokia 3310, widely considered to be one of the most popular smartphones ever made, will launch at a Mobile World Congress event in Barcelona.

Readers of a certain age might recall the Nokia 3310, the 2000-era cell phone successor to the popular Nokia 3210. By today’s standards, it wasn’t particularly noteworthy — true to mobile handsets of its time, it featured physical number buttons, a tiny monochrome screen, and a durably bulbous design — but that didn’t stop it from breaking sales records. With 126 million units sold worldwide, it’s one of the most successful phones ever made. And that goodwill is the reason why Nokia celebrated the 3310 with a live video tribute on Wednesday.

It’s during the aforementioned video that Nokia announced the Nokia 3310 would be making a comeback. The new 3310, which will feature the same “indestructible” body and long-lasting battery as the original, will retail for 59 euros, or about $62. It’s expected to ship with software packing the same clock, calculator, reminder app, and games (Snake II, Pairs II, Space Impact, and Bantumi) as its ancestor.

The Nokia 3310’s tank-like housing is no joke, as countless internet videos have demonstrated. One popular YouTube clip shows that a unit tossed from a 900-foot building was able to receive and place calls. Another shows a Nokia 3310 emerging relatively unscathed after being sliced with a sword.

Unfortunately, things got a little weird during Wednesday’s announcement.

At one point during the live-stream, Nokia Mobile’s Facebook page hosted a competition pitting the 3310 against the Nokia 1200. The two handsets, represented by actors vying for social media votes, performed bizarre feats like balancing disco balls on top of Afros and wearing over-sized bow ties. For a promotion ostensibly advertising a smartphone, it was a little cryptic, to say the least.

Here’s hoping Nokia sticks to a more coherent marketing message in the months to come.

Targeting the affordable smartphone market isn’t a new strategy for Nokia. The company’s targeted success by making low-cost new versions of old phones, including the Nokia 215, which costs $29 and lasts for 29 days.

The Nokia 3310 isn’t the only smartphone HMD Global, a Finnish company that bought the rights to the Nokia brand, has in store. Rumors suggest that the company will reveal other new smartphones — the Nokia 3, 5, and 6 — at a press event in Barcelona on February 26.