Home News New VR game lets you experience the sinking of the Titanic, and...
News

New VR game lets you experience the sinking of the Titanic, and explore the wreckage too 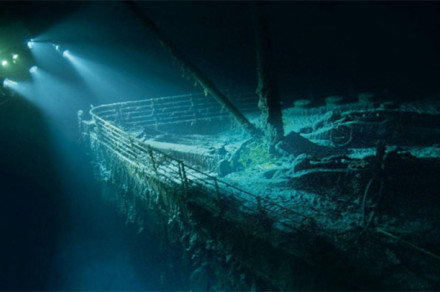 A Kickstarter project would allow people to relive the sinking of the Titanic and explore the wreckage in a way they never have been able to before through the use of virtual reality.

It’s been two decades since James Cameron retold the story of one of last century’s most infamous tragedies. Now, Titanic VR offers a chance to relive the vessel’s sinking and rediscovery all over again. The studio behind the project, Immersive VR Education, is seeking funds via Kickstarter.

“With various movies, books, and documentaries coming out over the past few years, the story of Titanic is one that has never left the public consciousness,” David Whelan, Immersive VR Education CEO, told Digital Trends, “And we feel it’s now time to tell this story using the medium of virtual reality so people can experience this in a way never thought possible.”

Titanic VR puts gamers in the role of a survivor onboard the ship prior to its sinking and, later, aboard a submersible exploring the wreckage. To ensure accuracy, Whelan and his team have turned to research books and thousands of pages of documents, including the plans and drawings used by the ship’s builders.

“When researching the characters and people onboard, thankfully, Titanic is very well-documented, and many pictures are available showing the survivors on the rescue ship the Carpathia — and even some of them in the lifeboats,” he said.

This isn’t Whelan’s first Kickstarter-funded VR endeavor — in fact, he and his team took backers to the moon and back with the Apollo 11 VR Experience. But Titanic VR is of special interest to the Irish company, whose offices are just a 90-minute drive from the vessel’s last port of call.

One of the team’s main aims is to make the experience resonate with everyone, not just students or history buffs. “We are building Titanic to appeal to gamers, historians, and the general public,” Whelan said. Gamers will be tasked with exploring the shipwreck in a remotely operated underwater vehicle.