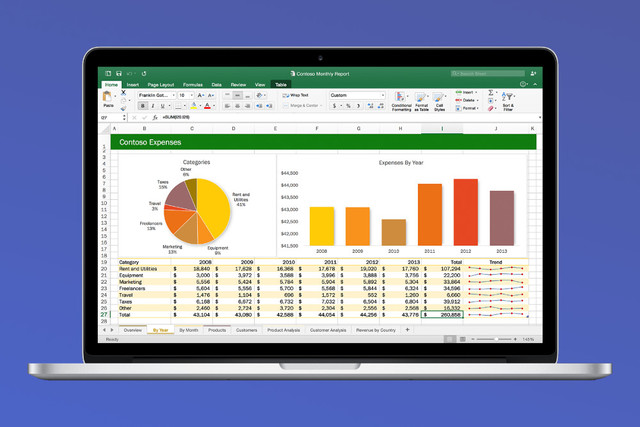 This preview build is yet another step forward in Microsoft’s efforts to bring the Mac version of the Office suite closer to its Windows counterpart.

Microsoft has announced plans to bring support for add-ins to the Mac version of its Office suite. This functionality is currently available for testing by users who are enrolled in the Insider program.

Office add-ins are apps that run inside of the suite’s constituent programs, providing features that aren’t available by default. They’re broadly similar to browser extensions in terms of usage, but they’re tailored to the tasks users carry out in Office programs like Word, PowerPoint, and Outlook.

For instance, one popular add-in gives users the ability to look up words and phrases on Wikipedia without leaving Word. Another introduces additional types of chart that can be utilized in Excel.

Add-ins are often free, but many examples require either a one-off payment or a monthly subscription. If Microsoft wants to help its Office Store flourish, it makes a lot of sense to add support for add-ins to the Mac version of the Office suite.

To gain access to add-ins, Mac users need to ensure that they’re a member of the Insider program, and that they’ve opted in to its Fast Ring. From there, you should check that your installation of Office for Mac is build 170124 or later, according to a report from MS Power User.

You then need to find the Add-ins option from the Insert menu in Word, Excel, or PowerPoint, and select the Store — in Outlook, a link to the Store can be accessed directly from the Home menu. Once you’re in the storefront, find an add-in that you’re interested in and install it to get started.

There’s no word on when add-ins will be made available to all Office users on the Mac platform. However, if the functionality is ready for public testing, it seems safe to assume that its official release will come sooner rather than later.

Facebook
Twitter
Pinterest
WhatsApp
Previous articleT-Mobile offers a free year of Netflix with the purchase of a Galaxy S7 or S7 edge
Next articleLawsuit: Apple broke FaceTime in iOS 6 on purpose, blamed it on a “bug”