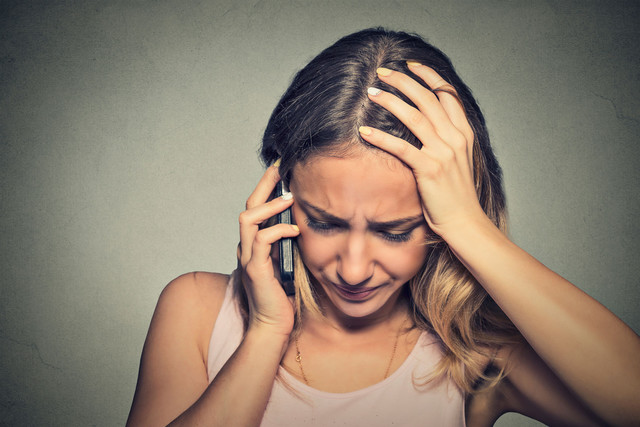 Many dating app users are frustrated by the lack of response to their messages, but Hotline attempts to solve that by forcing users into a phone call before allowing text conversations.

If you found sending your Tinder match a noncommittal “hello” anxiety-inducing, you might want to stop reading now.

Here to invade the nightmares of introverts, commitment-phobes, and most communicators of the 21st century is a new dating app called Hotline. It requires you to share a phone call with a match before sharing anything else. Look, don’t say we didn’t warn you.

Founded by 27-year-old Sam Ballantyne, the app attempts to solve the problem of conversationless matching by sprinting headfirst in the other direction (some might say, a bit too quickly and perhaps too far). For $9 a month, you can subject yourself to a dating service in which your first conversation must be one that utilizes your voice. In order to even exchange a text message, you have to first have a five-minute phone conversation with your match (but don’t worry — your phone number won’t show up on their caller ID or anything).

More: Haters gonna date: This app finds you love based on your dislikes

Hotline attempts to help its users quickly discern whether a prospective partner is actually interesting enough or interested enough in you to really pursue. In fact, Ballantyne told CNNTech, he came up with the idea for Hotline after he matched with someone on Tinder last year. “She wouldn’t message me [again] until I called her,” Ballantyne said. “The call itself ended up being a good way to break the ice.”

So now, the classical musician turned app developer has taken that concept and turned it into a whole new business. And apparently, it’s one that’s working. Calls happen within the app so that Hotline can keep your number safe and track how long these calls actually last. And thus far, most calls are taking a lot longer than five minutes. In fact, the average call spans 25 minutes, with some users speaking for more than 40 minutes.

Sure, it might not be for everyone, but if you’re tired of messages that seem to go into a black hole, or of endless swiping without any really meeting, then just maybe Hotline is for you. The app is currently available only for iOS and in New York.