Home News NASA is fed up with lousy ‘internet’ speeds in space, so it’s...
News

NASA is fed up with lousy ‘internet’ speeds in space, so it’s doing something about it 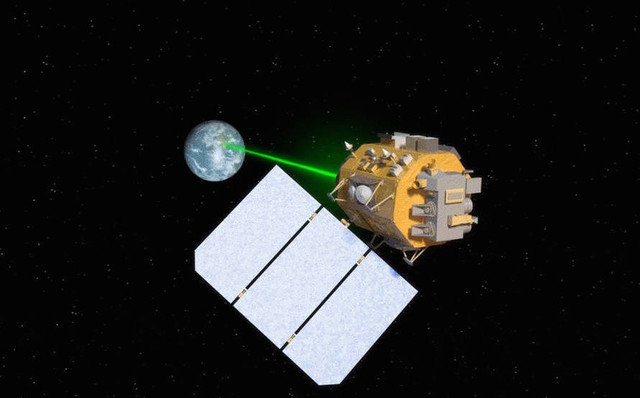 With future missions taking spacecraft and humans further away from Earth, faster communications will be vital to their success.

With all the technology needed to look after astronauts on the International Space Station, and get rovers trundling over the dusty surface of Mars, you’d have thought scientists would’ve sussed out how to get a high-speed “broadband” connection up and running long ago.

Boosting data-transfer speeds beyond the current trickle of a few megabits a second — described by NASA as “a pittance even by dial-up standards” — would allow researchers to “gather science faster” and study events in space in a more timely fashion. It could also speed up the process of getting video back to Earth shot with cameras on faraway planets.

The good news is that scientists believe they’re on the verge of what they’re calling “a broadband moment,” with laser technology set to increase data-transfer speeds by up to 100 times in the next few years.

NASA explains that for the last 60 years or so, it’s been using radio waves to communicate with spacecraft. However, developments in optical communications, in which data is beamed over laser light, present new possibilities for much faster transfer speeds.

In addition, as space missions start to cover greater distances and therefore move further away from Earth, the laser technology offers the added value of being able to focus on locations with pinpoint precision, thereby improving the reliability of communications.

“Laser technology is ideal for boosting downlink communications from deep space,” said Abi Biswas, the supervisor of the Optical Communications Systems group at NASA’s Jet Propulsion Laboratory in Pasadena, California. “It will eventually allow for applications like giving each astronaut his or her own video feed, or sending back higher-resolution, data-rich images faster.”

But a number of challenges remain. For example, the relevant ground infrastructure is yet to be built, and the facilities will need to be set up in places where the skies are usually clear because clouds, as well as other atmospheric conditions, can interfere with the lasers.

More: Get your Sagan on with these 30 awe-inspiring photos of the final frontier

NASA offers an example of the effectiveness of its laser technology: The Mars Reconnaissance Orbiter currently sends science data back to Earth at a mere 6 Mbps maximum. However, the laser setup could increase the maximum data rate to 250 Mbps, the kind of speed that could significantly transform space-to-Earth communications.