Motorola highlights Moto Mods as part of a crowdsourced competition 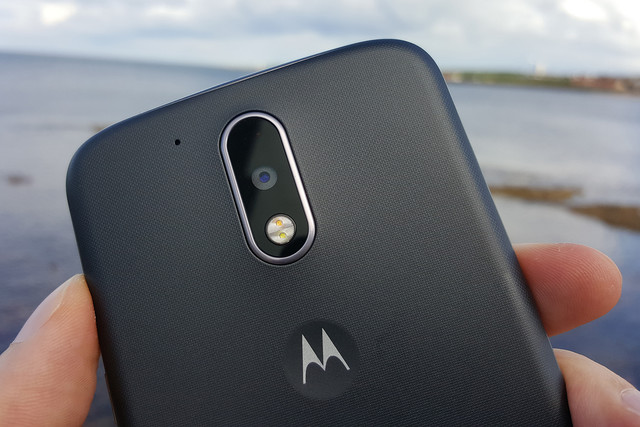 Motorola’s efforts to expand Moto Mods should result in a broadened range of useful apps appearing in its online store.

Modular smartphones aren’t going away anytime soon, if Motorola has its say. The Lenovo subsidiary unveiled new Moto Mods, the add-on peripherals compatible with its series of Moto Z line of smartphones, that may join the growing collection.

The new Moto Mods are the winners of an ongoing competition that Motorola launched last year. In India, it hosted more than 100 developers, engineers, students, and partners at a campus to discuss “new Moto Mod concepts” and “how to bring them to life,” and it  held Moto Mod hackathons in Buenos Aires, Argentina, and San Francisco.

The first Moto Mod highlighted in today’s announcement, Baby Care, provides automatic alerts when “conditions aren’t idea for a child.” Moto Color, a color sensor for the visually impaired, analyzes color and emits a sound indicating whether it’s red, blue, or green. A solar-powered battery charger charges a connected Moto Z in sunlight in as little as ten hours. Simple Syrup, designed for diabetics, tracks blood-sugar readings without the need for a syringe. And ModCoholic detects blood alcohol level when breathed into, and asks if the user needs a taxi if he or she is over the legal limit.

More: The Timewave is a Moto Mod that will give your Moto Z touch superpowers

“When we launched the Moto Z family of smartphones and Moto Mods, we opened up a new world of possibilities. We shared our commitment to innovation and engaging the development community by giving them tools, resources and inspiration to fuel the Moto Mods ecosystem while reducing the barriers to bringing great ideas to life,” Motorola said in a statement. “Since then, we’ve been hosting developer events around the world to support developers as they use our Mod Development Kit to come up with new Moto Mod concepts.

Motorola’s hosting its next hackathan in Shenzhen, China, in mid-March, before it invites representatives from the most promising startups to its headquarters in Chicago. If said reps manage to win over representatives from Lenovo’s investment arm, Lenovo Capital, they may receive funding, see their creations entered into the Moto Mods Partner program, and receive guidance from a business development mentor.

More: Motorola wants you to make mods for the Moto Z, and it’s willing to help

This is not the first time Motorola has turned to crowdsourcing in order to boost Moto Mod development. Last year, the smartphone maker launched the Transform the Smartphone Challenge, a competition that saw enterprising young hardware developers pitch ideas for Moto Mods at events in New York and San Francisco. They subsequently launched crowdfunding campaigns on Indiegogo, and have a shot at meeting with Verizon and Motorola representatives to get their Moto Mods featured in Motorola’s online store.