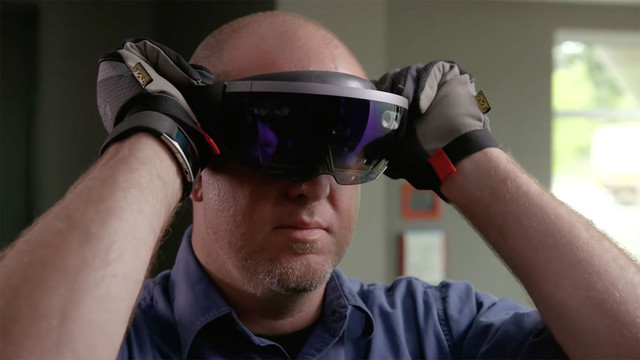 HoloLens is a big priority for Microsoft, but a report might indicate that the company doesn’t expect the hardware to be commercially viable for a couple more years.

In February 2016, Microsoft opened pre-orders on the development edition of its HoloLens headset. Since then, it’s been expected that the company would release a more refined second edition — but now there’s reason to believe that Microsoft is thinking even further forward when it comes to its first major revision of the hardware.

A second version of the device was apparently in development, but has now been canceled, according to a report from Thurrott. It’s likely that this release would have reduced the price and size of the HoloLens, making it more appealing to consumers than the developer-centric original.

However, there’s now word that Microsoft is confident that HoloLens can hold its own against competitors without an immediate revision. As such, the company is now preparing a more comprehensive update that will likely launch in 2019. That might seem like a way off, but this version of the HoloLens would be even further off were it not for Microsoft’s decision to scrap the intermediary second edition.

More: Microsoft does have plans to release a Hololens headset for consumers

It’s clear that some of the biggest players in the tech industry think that AR is the future. However, these forecasts might not line up with users’ eagerness to adopt the new hardware. Microsoft’s strategy seems to hinge on delaying a more advanced HoloLens headset until users are ready to invest in AR.

At present, there isn’t a great deal of pressure for Microsoft to press forward. Its biggest rival in terms of AR is Magic Leap, and while the company has had no problem gathering funding, it’s yet to make a product available to the public.

Microsoft has no intention of scrapping its HoloLens project. However, it seems that the company has no problem with abandoning a particular iteration of the device if it stands to benefit the larger HoloLens brand. Right now, it’s all about making the necessary preparations for a time when your average user is ready to buy an AR headset.