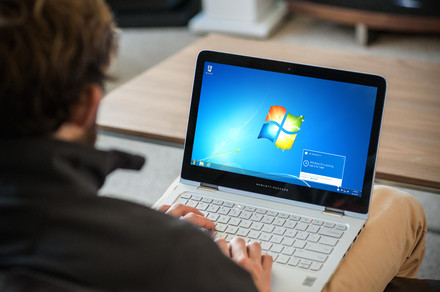 If you’re a Windows Insider, you’re accustomed to grabbing the latest Windows 10 preview builds and checking out the newest features, such as the 3D, gaming, and other new functionality in the upcoming Creators Update. You might also provide feedback to Microsoft on how well things are working, meaning that you’re contributing directly to making Windows 10 a better OS.

Periodically, Microsoft has events called “Bug Bashes” that let you get even more involved with improving Windows 10. The first Creators Update Bug Bash was in November 2016, and today the company is kicking off the second round just a couple of months before the update is expected in April.

As usual, the Bug Bash provides Windows Insiders with ways to interact with Microsoft staff and other participants on identifying bugs and providing guided feedback on new Windows 10 features. This particular Bug Bash kicks off Friday, February 3, and will conclude on Sunday, February 11, at 11:50 p.m. PT.

For best results, you’ll want to be on the latest Windows 10 Insider Preview builds, 10525, for both PCs and mobile devices. You’ll keep up with event activities in the Windows 10 Feedback Hub app, where you’ll learn about the various Quests that are available to pinpoint your bug bashing efforts. You’ll be able to earn Achievements by completing quests that will demonstrate your participation to others in the Windows Insider community.

Two types of Quests will be available. Update Quests will help identify any issues with updating from Windows 10 Anniversary Update to the Bug Bash build. Developer Quests are intended for developers and can require coding. Once the Bug Bash is completely, Microsoft developers will spending a few weeks sifting through the data that’s accumulated and working on fixes.

As always, Microsoft remains serious about making Windows 10 the best OS ever — at least, it’s that important to the company’s strategy. Windows Insiders are key to its efforts, and these Bug Bashes are perhaps the best way for the most active Insiders to make an impact on the future of Windows 10.

With the A12 Bionic chip, a new custom iPad OS, legendary retina display, and connectivity for a keyboard, the iPad could replace your laptop, and it's $30 off.
Read more

Neighbors has a massively growing userbase, despite a number of controversies.What you need to knowRing is rolling out end-to-end encryption
Read more