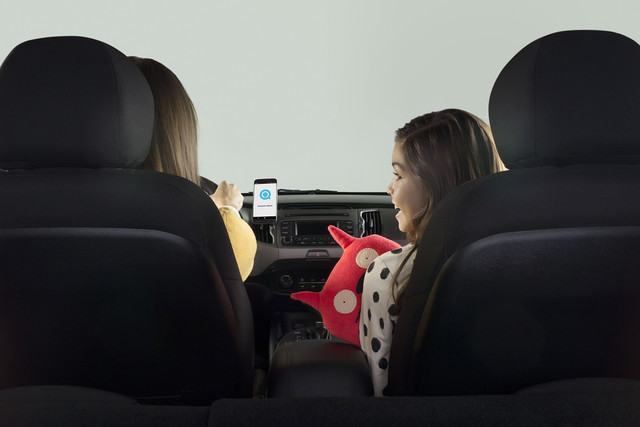 Now you can use Alexa to lock your house’s doors, turn on the lights, and change the thermostat — among other things — right from the driver’s seat.

For years, Google, Apple, and most recently Amazon have attempted to integrate their services into new cars, with varying degrees of success. While the likes of Android Auto and CarPlay certainly provide a safe and convenient way for drivers to interact with their smartphones behind the wheel, they’re locked to specific makes and models. Unless you own a car made in the last several years, or the manufacturer of your vehicle has been considerate enough to release a software update, chances are you’re missing out.

For this reason, some companies have tried to deliver a similar experience on the road while bypassing automakers’ infotainment systems completely. In the fall, Google released an update to Android Auto that transformed it into a standalone app, so the same user interface that was previously locked to a car’s touchscreen was available directly on phones. Meanwhile, Logitech released a smart, Bluetooth-enabled mount called ZeroTouch that promised hands-free, eyes-free voice control for sending texts, navigation, and music playback through Spotify.

More: iOS in your dashboard: Here’s everything you need to know about Apple CarPlay

Today, Logitech has announced that ZeroTouch is becoming even smarter with the addition of Amazon’s Alexa personal assistant. Now, the same commands and requests many drivers might already use at home with their Echo devices are available in the car. Alexa is available to all users through an update to the ZeroTouch app.

Logitech says anything Alexa can do elsewhere, it can do through ZeroTouch — and that includes controlling smart home devices. The only difference in functionality is the way Alexa is invoked. Rather than with a wake word, drivers wave a hand in front of their device to call upon the personal assistant — the same way ZeroTouch operated before the update.

It’s important to note that ZeroTouch is only compatible with Android devices, and that Alexa won’t be able to control the vehicle the same way it can when integrated directly with a car’s infotainment system. Ford, Volkswagen, and Hyundai have all confirmed upcoming vehicles will feature Amazon’s technology, and in those instances, Alexa will be able to do much more, like lock and unlock car doors, start and stop the engine, and order supplies for your vehicle.

As for the mount itself, it comes in two flavors — a vent clip, which retails for $60, and another featuring a suction cup, which can be fitted to the windshield or dashboard, and retails for $80. Both use magnets to attach themselves to smartphones, and have internal batteries designed to last for two years.

Poll: What Black Friday tech deals are you looking for?