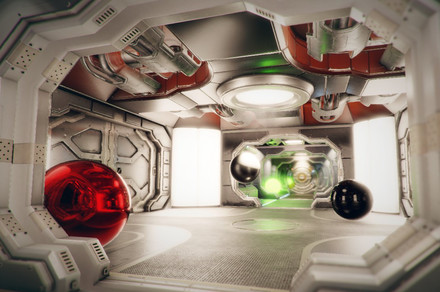 Your Windows 10 PC with Intel integrated graphics can now run a greater selection of cross-platform games and VR titles.

DirectX 12 is likely the best-known 3D graphics application programming interface (API) for Windows 10, and it’s used for today’s advanced PC games and virtual reality (VR) solutions. However, there’s a cross-platform option from Khronos, known as Vulkan, that provides similar functionality on a wide variety of systems including Windows 7 through 10, Tizen, Linux, and Android, with support for iOS and MacOS provided by third-party solutions like Molten GL.

Vulkan has been supported by Nvidia and AMD for a while, offering an alternative to DirectX 12 on Windows 10 machines for machines built around GPUs from those manufacturers. Now, Intel has joined the fray, adding in official Windows 10 for Vulkan on the integrated graphics included with its most recent CPUs, as CIO reports.

Specifically, Intel has enabled Vulkan support on its sixth-generation processors, known as Skylake, and its newest seventh-generation CPUs, known as Kaby Lake. The Apollo Lake series of low-end chips using Intel HD Graphics 505 GPUs are also supported. By integrating support into its integrated graphics, users of lower-end Windows 10 machines, including notebooks, can gain access to games and VR titles utilizing the Vulkan APIs.

The impact of Intel adding Vulkan support could be widespread. At the very least, it makes the open source low-level graphics API available on a far wider range of Windows 10 PCs than before, including the majority of new machines going forward.

In addition, porting titles from DirectX12 to Vulkan is less time-consuming than porting DirectX 12 games to OpenGL, which Vulkan supersedes. Because Vulkan runs faster and is more power-efficient on notebooks and smartphones, it could also provide more advanced gaming and VR capabilities to mobile devices.

All of this means that Vulkan is a more attractive target for game and VR developers. Intel’s official support for Vulkan just makes the platform even more compelling, something that users of less widespread systems like Linux and Steam Machines should appreciate.