Home News Hutch wants to help you redecorate your room without having to talk...
News 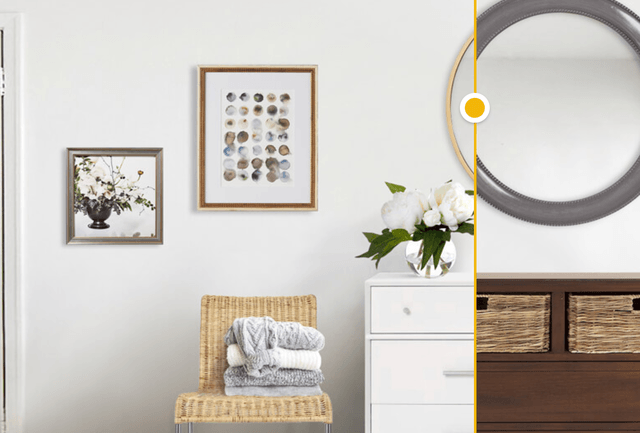 While many other apps offer similar services, Hutch hopes to cut down on the turnaround time (and the conversations) with a more automated solution to decorating.

Who says redesigning has to be a royal nightmare? Certainly not Hutch, a new app that launched just this week to help you visualize your dream room right in your smartphone. Simply take a photo of the space you’re looking to spruce up, pick an aesthetic from one of the many designer-curated looks made instantly available in the app and then place them in your virtual room. You will be able to customize your design with as many product revisions as your heart desires and once you’re satisfied, you can shop the various pieces that comprise the final look straight from the app.

The app is one that has evolved from previous iterations of the same concept. In fact, Hutch was once Homee — in this previous version of the service, customers would be paired with a designer, with whom they would have a conversation about taste and style. The designer would then send over a few recommended pieces a day or so later to help customers decorate a space. But this process was both slow and expensive and as such, the app decided to go back to the drawing board and automate some of these processes.

More: DigitalBridge lets you visualize paint, furniture, and more in your home

Enter Hutch, which takes away the necessity of actually talking to a human, and instead requires naught more than a photo. When the team receives an image, they use their proprietary photo technology to not only virtually clear space but also make some educated guesses about measurements. Using context clues like outlets (which are generally 16 inches above the floor), they can create a pretty solid idea of the dimensions they are working with, which cuts down on a lot of the back and forth that some other similar services may require of users.

That said, the actual design process still depends on humans. According to TechCrunch, it takes the Hutch team about 20 minutes to design a room, and all visualizations are sent back to customers within a day. The goal, of course, would be to make this turnaround time almost instantaneous, perhaps by cutting out the human element altogether.

“Interior design is a space where you either have to spend a lot of money to go through a very long process or be overwhelmed at the number of options,” Hutch investor (and Tinder co-founder) Sean Rad told Fortune. “The most successful companies are those that help people filter through all the noise.”