Home News Horse antibodies may offer the perfect — and affordable — cure to...
News

Horse antibodies may offer the perfect — and affordable — cure to Ebola 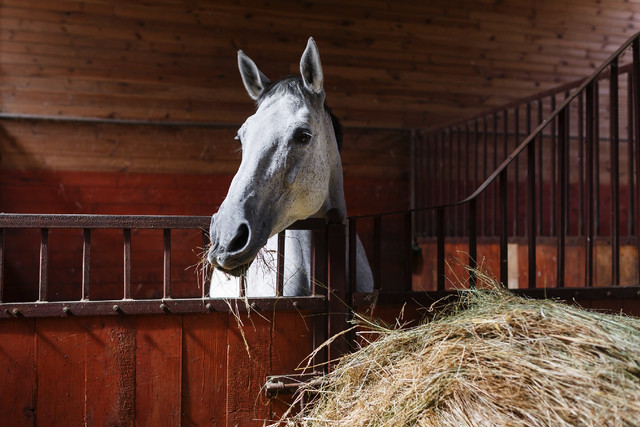 Effective, fast, and affordable, an Ebola cure produced with horse antibodies could be the solution scientists have been searching for.

Scientists have developed a rapid, effective and affordable treatment for the deadly Ebola virus, and the secret ingredient is … horse antibodies?

“We have produced equine antibodies against Ebola virus and have shown that they are effective in preventing death of non-human primates if given 24 hours after a lethal dose of Ebola virus,” Alexander Khromykh, Professor of Molecular Virology at Australia’s University of Queensland, told Digital Trends. “The post-exposure treatment commenced at 24 hours after Ebola infection and was continued daily for five days. This was sufficient to greatly suppress Ebola virus replication in animals and allowed [them] to develop their own immune response, which subsequently cleared the virus.”

According to Khromykh, the closest treatment to the one created by his team are the monoclonal antibodies developed for treating infected medical professionals.

The problem with that solution? That manufacturing large quantities of monoclonal antibodies is expensive and requires specialized facilities. That is all well and good in some parts of the world, but less feasible in developing and resource-poor countries. Not coincidentally, these are where the largest outbreaks have been — such as the 2014-2016 outbreak in west Africa, which infected 30,000 people and killed more than 11,000.

The new alternative, however, relies on equine antibody production, which is already in widely manufactured and used to treat things like snake bites.

So when will this be made available to the public? Sadly the answer may be, “don’t be so hasty.”

“We are actively seeking support to generate sufficient material so that our process would be ready to roll as soon as the next Ebola outbreak occurs,” Khromykh said. But he noted that this is not an easy task since the last crisis has ended and “preparedness is not usually high on anyone’s agenda.”

Facebook
Twitter
Pinterest
WhatsApp
Previous articleGrab your tripods, a partial lunar eclipse is coming Friday night
Next articleThat sandwich may have cost more than you thought — Arby’s hit by malware

Xiaomi has carved out a niche for itself by offering phones that redefine value for money. The Chinese manufacturer now
Read more
News

A few more smartphone makers could follow suit next year.What you need to knowSamsung will reportedly stop bundling a charger
Read more

Xiaomi has carved out a niche for itself by offering phones that redefine value for money. The Chinese manufacturer now
Read more

A few more smartphone makers could follow suit next year.What you need to knowSamsung will reportedly stop bundling a charger
Read more

Do you still use Google Hangouts?

Let's have a chat with the AC forums.Google Hangouts is in a bit of a weird spot. Google has been
Read more