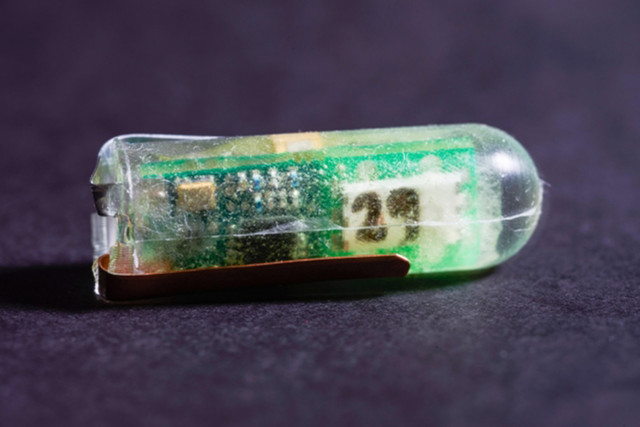 With stomach acid as a power source, targeted medical treatments may be as easy as swallowing a pill.

Internal medical devices like pacemakers require reliable power but batteries are bulky and technology is transitioning to the nanoscale. Given the safety risks associated with conventional batteries, it’s easy to see why alternative power sources are in high demand, and why researchers around the world are exploring innovative and sometimes strange solutions.

Last month, researchers at the University of Bern in Switzerland demonstrated that under-the-skin solar cells can power a typical pacemaker. Now, engineers from the Massachusetts Institute of Technology (MIT) and Brigham and Women’s Hospital have harnessed the power of stomach acid to keep small ingestible sensors running.

The stomach acid-powered device uses a principle similar to that of the lemon battery, a makeshift power source made of two electrodes stuck into a lemon. “In our system the gastrointestinal fluid serves as the electrolyte with the copper and zinc servicing as the cathode and anode respectively,” Giovanni Traverso, one of the researchers who lead the project, told Digital Trends. “Our system includes electronics to boost the energy from the battery to a much higher voltage where it can do useful work. For example, we demonstrated the ability to take temperature readings and transmit them wirelessly.”

Traverso collaborated Anantha P. Chandrakasan and Robert Langer, with whom he’d previously developed an ingestible device that could measure biometrics like temperature and heart rate while passing through the body.

A paper published in this week’s Nature Biomedical Engineering journal describes how the team tested its stomach acid-powered device in pigs and was able to capture wireless data from a distance of about six feet every twelve seconds. Although the device’s power supply decreased significantly as it passed from the stomach to the small intestine, it could still generate enough power to transmit data, although less frequently.

“The system demonstrates the potential for long-term harvesting from the gastrointestinal tract and therefore could be applied to a broad set of applications in diagnosis and treatment interventions,” Traverso said. “Specifically, we explored the continuous monitoring of temperature as a model and also showed the potential for drug delivery using the harvested energy.”

The current prototype measures in at 40 millimeters long and 12 millimeters in diameter. The researchers hope to miniaturize a working device to a third of that size.

“We are interested in exploring the coupling of systems like these with some of the other technologies we are developing which enable safe and prolonged gastrointestinal residence,” Traverso said. On top of that, the team is developing sensors that can measure biometrics to detect disease earlier than currently possible. “Coupled with drug delivery, we envision the development of whole new set of ingestible long-term resident electronic systems,” he added.