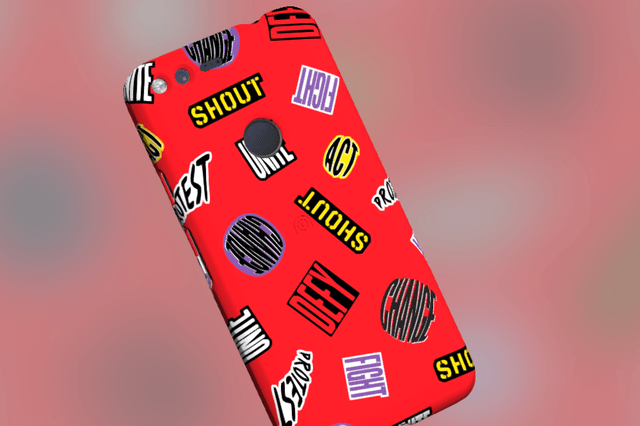 Are you a big fan of the New York City Ballet? Google has a Live Case for your phone that you’ll flip for.

Google’s Live Cases allow you to add personal photos to a phone case, as well as opt for maps of your favorite locations. But the search giant also periodically partners with artists and companies to offer themed cases. The latest collaboration ties into designs worn by the New York City Ballet for “The Times are Racing.”

Opening Ceremony, a New York fashion firm, is behind the costumes of the performance, and the firm has also partnered with Google to release the same designs on Live Cases. These cases are only compatible with Google’s Pixel, Pixel XL, Nexus 5X, and Nexus 6P.

More: Discover new recipes and fine-tune your search results via the Google app

“The designs for this ballet also inspired Opening Ceremony’s Spring 2017 ready-to-wear collection,” according to the Google Live Case website. “To extend the creative collaboration, Opening Ceremony partnered with Google to bring the eight storybook prints from the runway to Live Case for a limited time.”

Opening Ceremony says the designs are influenced by the following words: Defy, fight, protest, act, unite, and change. The words embody “what it means to be American.

There are eight designs to choose from, but there are six more from Opening Ceremony that were added earlier. The cases are $40 and are available now for the four aforementioned smartphones. There’s also an accompanying wallpaper you can access via the Live Case app.

Live Cases also have an NFC button on the back that you can toggle to activate a specific function — this can be set in the app, and functions can range from setting an app shortcut to toggling the flashlight.