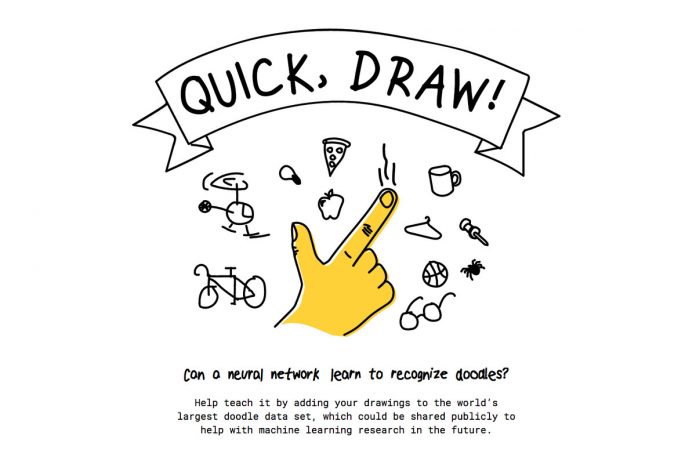 Artificial intelligence is getting a boost in its ability to learn. On Tuesday, a company called Gamalon revealed a new technology for machine learning called Bayesian Program Synthesis (BPS). This technology supposedly accelerates the machine learning process by more than 100 times and is available now in two commercialized alpha applications: Gamalon Structure and Gamalon Match.

In a demonstration, the company revealed how BPS learns compared to Google DeepMind’s machine learning. In Google’s “Quick, Draw!” app, the AI can recognize a single object drawn by the user, such as a floor lamp, by comparing it to the same object drawn by other users. But if the user draws a chair next to the floor lamp, the AI gets confused and shows that the user didn’t follow its instructions to draw a floor lamp, but rendered a house or church instead.

More: Artificial intelligence can now predict heart failure, and that may save lives

For BPS, the AI was trained by first defining what makes a line, then what makes specific shapes. After that, the AI was taught how an armchair is built by using rectangles and lines, first starting with the seat and armrests, followed by the armchair’s backrest in a separate element. This method was also used to teach the AI about floor lamps by defining the lamp post, the lamp base, and the lamp shade.

Thus, in a nutshell, Google’s AI got confused because it couldn’t recognize two separate objects. However, the BPS system not only recognizes two separate objects, but it will see and confirm those objects when other unrecognized elements are drawn into the same space. What the BPS system can’t do is recognize heavily altered objects, such as lamps with elements consisting of different sizes and locations. In other words, unless otherwise taught, BPS can’t recognize a table lamp or desk lamp.

“Going beyond this drawing application, we are starting to teach the system to read, first by building up letters, then words, and then sentences. Language is a much more complex setting, but like with drawing, we expect that the system will learn more and more complex concepts made out of simpler ones,” the company said.

Ultimately, the BPS method uses far less training examples than traditional deep machine learning, thus speeding up the overall learning process. As an example, the company said that in one test, DeepMind’s AI required 500 training examples while the BPS system only needed a handful of training examples to meet the same level of accuracy.

The two commercialized applications based on the new BPS learning system target the enterprise sector. Gamalon Structure will convert text paragraphs found in databases or documents into clean, structured data rows. The Gamalon Match application then deduplicates and links these data rows. Typically, these two tasks combined require large teams and years of work to generate the same results.

The two applications are available now as APIs within cloud platforms offered by Amazon, Microsoft, and Google.