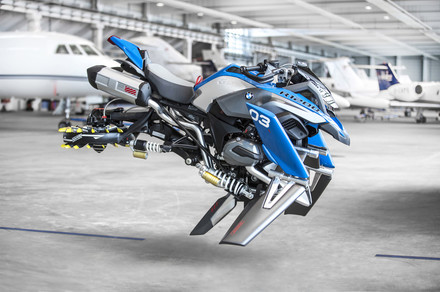 Flying motorcycles may happen eventually, but this one’s just for fun

Sometimes the best ideas come from unexpected places. Back in January, Lego Technic released a 603-piece creation for BMW’s R 1200 GS Adventure, a dual-sport motorcycle that’s as comfortable on dirt as it is on tarmac. After some tinkering, Lego discovered the same 603 pieces could be reconfigured into a futuristic flying motorbike, and BMW took notice.

The automaker — specifically a training unit called the BMW Junior Company — took Lego’s design and transformed it into a full-size aerial motorcycle called the Hover Ride Concept. Now that’s thinking outside the box. The technology to make it fly safely is unfortunately several years out, but as a mode of future transport, the concept certainly looks the part.

The bike is sleek, sharp, and quite frankly cool as hell, and we can already imagine squads of robotic policemen using it to swarm baddies from above. To make it “air-worthy,” BMW transformed the front-wheel rim into a propeller and added a hover unit under the seat, but unfortunately, the brand has no plans to produce it. At least not right now. 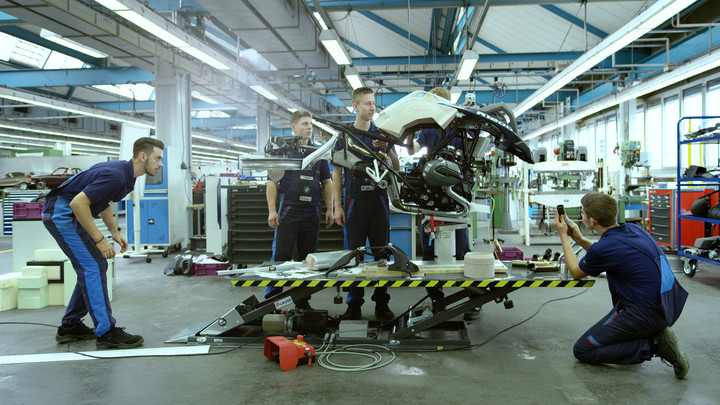 “It was a great idea and a superb creative challenge to develop a fictitious model from the parts of the Lego Technic BMW R 1200 GS Adventure set,” BMW said. “Our concept not only incorporates the BMW Motorrad design DNA with typical elements such as the boxer engine and the characteristic GS silhouette, it also draws on the Lego Technic stylistic idiom.”

More: Airbus intends to test flying car before the end of the year, CEO says

The Hover Ride Concept was shown for the first time earlier this month at Lego World in Copenhagen, Denmark, but if you missed it, it will soon travel to places like the BMW Group Research and Innovation Center and BMW Welt in Munich. How long until the real version comes out? Hopefully not long.