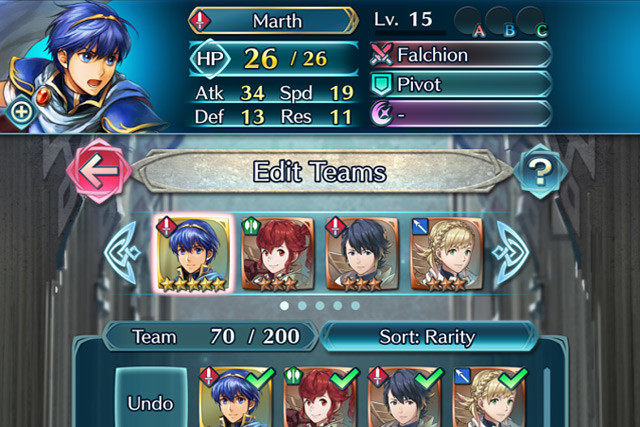 If you don’t like the random characters in Fire Emblem Heroes, there’s a way to get around it.

Fans of the newly launched Fire Emblem Heroes game have started using an interesting strategy to start off with their optimum team composition: repeated reinstalling. Thanks to the random nature of starting characters, players have begun downloading the game over and over, in order to find their favorites.

Fire Emblem Heroes is a “Gacha” game, one where randomly generated outcomes form a major part of the gameplay. Since the starting heroes are also randomized, it makes sense for some players to restart the game over and over to find their preferred characters, rather than actually playing it.

This is a doubly viable strategy in Heroes because not only are the characters you get from your first orb purchases random, but so are their stats. As Kotaku explains, you can have two of the same hero with wildly different stats, which means that restarting the game can be a strategy that can save you a lot of time.

Unlocking a character the traditional way requires in-game currency, which can take a long time to build up, or cost a lot of real-world money to generate quickly. This is in every sense of the word an exploit, but some would argue that employing so much random generation in a game is an exploit of the players themselves.

While it’s not too dissimilar a technique to the one used in Pokémon games or others with random generation in them, this Fire Emblem trick does require a little more effort. Players must play through the game’s tutorial, spend their orbs, and if they don’t summon the characters they want with good stats, they have to uninstall the game, re-download it, and go through the whole process again.