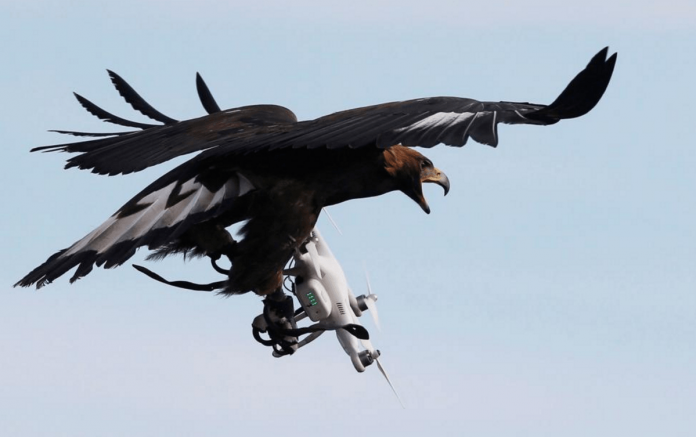 The authorities are steadily building up their defenses against irresponsible drone pilots who continue to flout the rules.

If you happened to be in charge of taking down rogue drones, what solution would you go for? A shoulder-mounted, projectile-firing bazooka, perhaps? Or maybe an electromagnetic defense shield? Or how about something a little more low-tech, like a highly trained golden eagle?

The bird-based solution has been deemed the most effective by the French military, which this week showed off the impressive skills of its four new recruits, each one able to spot, chase, and grab a drone from the sky in the matter of just a few seconds.

The predatory creatures, which began training last year, were reared to associate the multi-rotor copters with a tasty meal.

Starting in the coming months, they’ll be used to intercept drones – mainly consumer models like the DJI Phantom 4 Pro or Mavic – spotted flying near some of the country’s military air bases, and could potentially be used to protect airspace over restricted areas such as airports and prisons.

Some security experts fear that terrorists could fit explosives or other materials to a drone and fly them into crowds or into sensitive locations like government buildings. Such an act occurred in 2015 when a political protestor attached radioactive material to a quadcopter and landed it on the roof of the Japanese prime minister’s office in Tokyo.

With threats like this in mind, the eagles will form part of security efforts at special events such as Bastille Day, G20 summits that bring together leaders from around the world, and international conferences like last year’s climate summit in Paris.

The French government woke up to the potential threat posed by drones following a number of mysterious flights a couple of years ago around several of its nuclear power stations, as well as over famous Paris landmarks.

More: U.K. may use eagles to keep drone-delivered contraband out of prisons

Commenting on alternative solutions for taking down rogue drones, a spokesperson for the French Air Force said, “In certain situations [where falling debris could land on a crowd], the drone cannot be shot down,” adding, “The eagle, along with other means, can enable us to intercept the craft without causing any further damage.”

It’s not the first time that the majestic creatures have been trained up to tackle illegal drone flights. Dutch police are already using the bird of prey for the same purpose, describing its method as “a low-tech solution to a high-tech problem.” 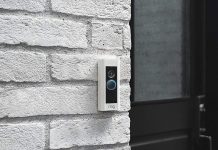