DT Daily MWC Day One: Sony XZ Premium, Alcatel’s modular phone, and the Gionee A1 Plus 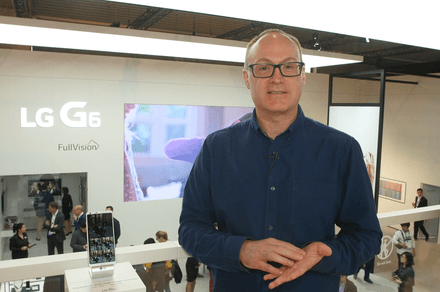 Mobile World Congress 2017 opened its doors today, following the busy press day on Sunday. We were ready for news from Sony, Alcatel, Gionee and others.

Sony’s big new release is the Xperia XZ Premium, a 5.5-inch Android 7.0 Nougat smartphone in a shiny and really gorgeous chrome-colored body. Its standout feature is a 4K resolution screen with HDR, just like your TV. Compared to previous Sony phones, it looked super with improved contrast in key spots. The 19-megapixel rear camera, with unusual 960fps at 720p video recording, gives a super slow motion effect. The phone is out in late spring, and we’re waiting for price and release details.

Modular phones haven’t really caught on yet, but that hasn’t stopped Alcatel from announcing the A5, which is augmented by modular components that replace the back of the phone. What can you get? A speaker with a kickstand, a unique customizable LED lighting system, and a battery pack. We do know the A5 will be sold in the U.S., but Alcatel is keeping quiet about when it will launch and for how much.

Gionee isn’t the best known Chinese smartphone manufacturer, but that may change with the A1 Plus. It has an astonishing 20-megapixel selfie camera that recreates the fashionable bokeh blurred background effect. It also has a dual-lens rear camera, a 6-inch screen, and an equally massive 4,550mAh battery. No, it’s not likely to be released in the U.S., but it’ll be out in other regions in April, at a price of 500 euros.

All the big announcements from Mobile World Congress have now happened, but the show itself has only just started. That means we’re ready to discover all the cool products hiding out on the show floor for the remaining days, so join us again tomorrow to see what we found.