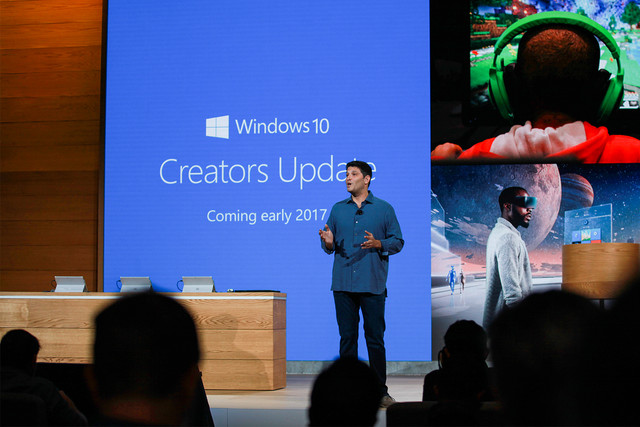 The next big thing in Windows 10 is the upcoming Creators Update, which will introduce a number of new features including Game Mode, better 3D support, and more. Creators Update is expected in April 2017, so it’s only a couple of months away.

More: Everything you must know about Windows 10 Creators Update and Surface Studio

As a refresher, Creators Update will be adding new features aimed at creative professionals, such as enhanced 3D support, a new 3D Paint app, and a new portal where new 3D creations can be saved and shared. Microsoft will also be enhancing the Windows 10’s Windows Holographic virtual reality (VR) and augmented reality (AR) subsystem, in support of new lower-cost VR/AR systems on their way from the company’s OEM partners.

Gamers will also get a number of new features, including a new Game Mode to help optimize game performance and integrated Beam game streaming, and will be able to more easily created tournaments via Xbox Live Arena, inviting their friends on both Windows 10 PCs and Xbox One.

The latest Windows Insider preview builds have incorporated many of these new features, and if you’re using the last build then you likely already have an idea of what the ultimate Creators Update is going to look like. If you’re not an Insider, then you don’t have too much more time to wait before Creators Update hits your Windows 10 devices.