Coin to shutter app, signaling the end for its universal credit card 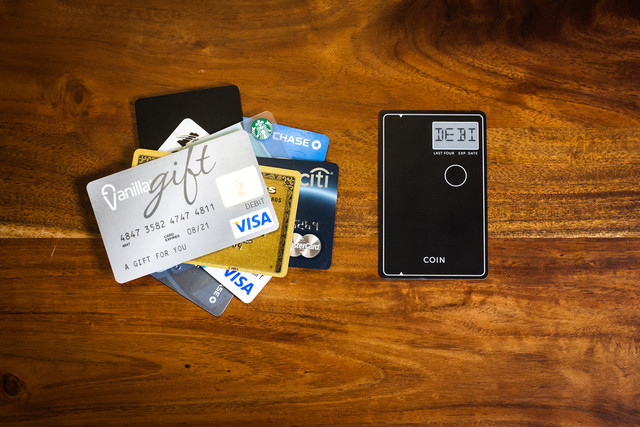 Coin users will no longer be able to make changes to their account after February, and when your card’s battery dies, it’s gone for good.

Last spring, wearable company Fitbit acquired universal credit-card maker Coin to bolster its mobile payment efforts with future products, like smartwatches. In July, Coin announced it had ceased manufacturing and selling inventory. On February 28, the company will terminate its mobile app and support services, meaning assistance will no longer be offered through Coin’s website or social media accounts.

Coin published a list of frequently asked questions on its blog alongside the news earlier this week. The post stresses that the devices themselves will continue to work until their batteries die, which the company says is two years after the activation date. However, alongside the support shutdown at the end of the month, the iOS and Android apps used to sync, add, and delete cards will also be taken down and stop functioning. If you want to keep using Coin, the company recommends you make whatever changes are necessary over the next few weeks.

More: Fitbit slashes 110 jobs, but new wearables are on the way

Not surprisingly, the announcement also invalidates the warranties of existing Coin devices out in the wild, and all customer information stored on the company’s services will be wiped after February 28. Data stored locally on the cards will remain. Users will still be able to contact the support team if they wish to delete their account in the future.

The news closes another chapter on one of the most memorable startup campaigns of the past several years. When Coin burst onto the scene in 2013, it broke its initial funding goal of $50,000 in just 40 minutes. After a rocky start of delayed shipments, the company began to find its legs, iterating upon the original product with Coin 2.0. The second release added an E-Ink display, NFC for tap-to-pay, and EMV chip for pin readers, making the device much easier to live with on a day-to-day basis.

Coin 2.0 only released about a year ago, and the startup was acquired by Fitbit in May, so customers unfortunately didn’t have much of an opportunity to experience the improved product. Still, Coin had the odds stacked against it. The device was compatible with many but not all merchants, meaning users still had to carry around conventional cards to mitigate the risk of being left penniless, and that somewhat defeated the purpose.

Also, it didn’t help that payment via smartphones was beginning to take off right around the same time. Why would people fork over cash for another device to consolidate their credit cards when they already had one in their pockets? Coin was becoming a harder and harder sell.

Now a part of Fitbit, the team responsible for creating Coin will be asked to channel everything they’ve learned in their brief history toward the wearable company’s newest products. Having also acquired smartwatch darling Pebble last November, Fitbit says it has something waiting in the wings to challenge the likes of the Apple Watch and Samsung Gear series later this year.