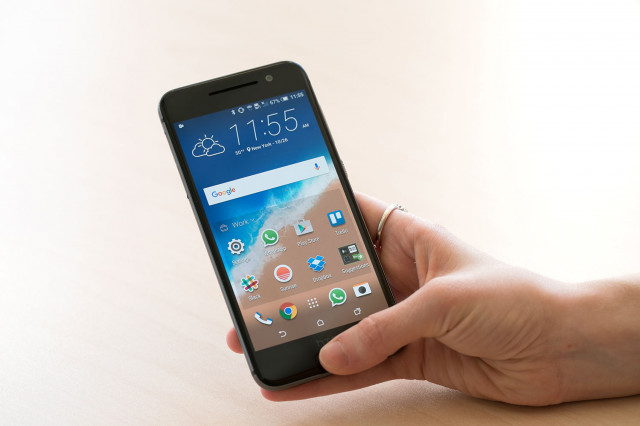 Truly secure smartphones are difficult to find these days, but a customized HTC One A9 from Cog Systems might just fit the bill.

When you’re handling documents that require security clearance, you obviously want a smartphone that’ll shield you from the most common forms of malware. Sure, Android and iOS boast built-in security features, but they sometimes fall short of providing the degree of protection required for enterprise and government users. Luckily, Sydney-based security firm Cog Systems has a solution: An HTC One A9 phone equipped with the firm’s super-secure D4 platform.

More: Top 5 Android security apps: Do they protect you?

The announcement comes at a time when mobile devices are under siege. In the second quarter of 2016, Kaspersky Lab detected more than 3 million harmful app packages, or 1.7 times more than the previous quarter. And at the RSA security conference in San Francisco earlier this year, Android developer Google said that Verify Apps, a feature of Android that automatically scans devices for infected software, checks more than 6 billion apps a day for malware.

“With 73 percent of all Americans having fallen victim to some type of cybercrime, everyone needs a secure device, not just select government agencies,” Cog Systems CEO Daniel Potts said in a press release. “Our [software] is about to upgrade the level of mobile security available to the enterprise market for the first time.”

The customized One A9 is available through select carriers and resellers, and priced “consistent with [HTC’s] existing commercial pricing.” Cog Systems notes that it’s already drawn attention — the U.S. Department of Defense acquired the first round of devices for internal use.

Cog Systems has its eyes set on more than just phones. “Our D4 [software] is just the beginning,” Potts said. “We are expanding the [platform] to other connected devices beyond mobile, including gateways and IoT devices. This broad reach will allow for a compete ecosystem approach to unlocking the true potential of connected devices while gaining a level of security that can be trusted.”