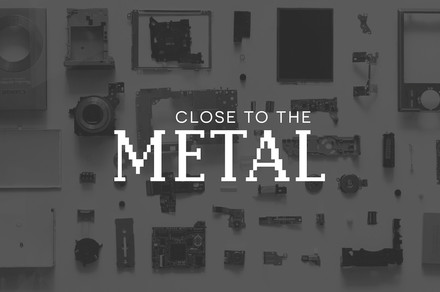 After a mixed bag of success stories and frustrating concepts that never came to life, Steam Greenlight is closing its doors. The program allowed independent developers to harbor support for titles with concept trailers and a well-planned idea for a game, turning that favor into a real publishing platform. Now, Valve is looking for ways to skip the middle step and push indie titles right to the masses with Steam Direct.

While the effects on Steam users are fairly clear-cut, how this decision will affect independent developers isn’t as easy a question for us to answer. To that end, we’ve invited Mo Cohen, programmer, writer, and designer for Greenlight game Queer Quest: All in a Gay’s Work to come join us on Close to the Metal. Her game takes inspiration from classic LucasArts games while grappling increasingly relevant issues of tragedy and queer identity.

She’ll take us through her development leading up the Greenlight, and then share her experience with the Greenlight application and promotion process. Actually getting approved requires as lot of constant networking, publicity, and updates for existing backers. How do those goals run parallel to a Kickstarter project, and how do they conflict?

After that, we’ll talk more ethereally about the new program, Steam Direct. There are undoubtedly new challenges facing developers without continued support between announcement and release. How will Cohen adapt to these changes, and what new opportuntities does she think afford independent developers on the same path?

All that and more on this week’s episode of our weekly computing podcast, Close to the Metal, where we take a deep dive on a single topic of direct concer to the PC community. Whether that’s GPU selection, the perfect 2-in-1, or the latest gaming trends, we broadcast live at 10 AM PST every Tuesday from the Digital Trends office in Portland, Oregon.