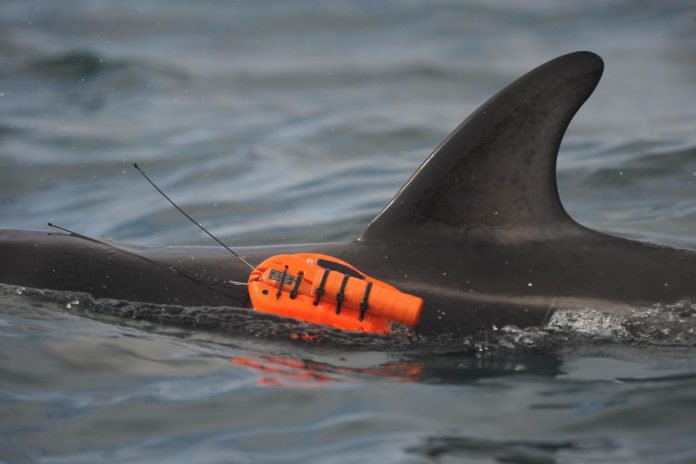 By studying dolphin behavior, researchers can learn about the health of the ocean and better protect its species.

Custom-made cameras are showing marine biologists what dolphins do when humans aren’t around. From playing with kelp to rubbing each others flippers, the footage is the first time these intimate behaviors have been captured away from direct human contact. A paper detailing the study was published last week in the journal Marine Biology.

“I’ve been studying dusky dolphins for thirteen years using traditional surface-based observations from a boat, but I wanted to understand more about what they do when they are below the surface and out of sight,” Heidi Pearson, University of Alaska Southeast researchers and corresponding author of the study, told Digital Trends. “As dolphins spend just ten percent or so of their lives at the surface, we are missing quite a bit by just observing them at the surface.

A couple years ago, Pearson was developing a suction-cup tag that could track the dolphin and capture data about its diving behavior. When she shared the device with Gabriel Machovsky-Capuska of the University of Sydney, he suggested they incorporate a camera to record even more detailed information. “I immediately became very excited by the idea,” Pearson said.

Attaching the camera was no easy task. Riding in a boat alongside the dolphin pod, a researchers would have to kneel in the bow holding an extendable painter’s pole with the suction-cup at the end. When a dolphin would get near enough, the tagger would “spear” the dolphin as it breached the surface, and the camera would stick.

“It definitely took a lot of patience to wait for that exact moment when the dolphin surfaced close enough and in a parallel direction to the boat,” Pearson said.

“This footage reveals the subtle intricacies of a dolphin’s social life such as flipper rubbing, mother-calf interactions, playing with kelp, and even mating,” Pearson added. “The unique aspect of our study is that we are seeing these behaviors for the first time from the dolphin’s perspective and on its own terms without interference from people. With the time depth recorder in the tag, we are also able to correlate how these behaviors change as the dolphin is diving.”

Dolphins are top predators in their ecosystems. “As a result,” Pearson said, “dolphins are also powerful ‘bioindicators’ of ecosystem health.” By monitoring dolphins in this way, the researchers hope to learn more about the important species, while monitoring the balance of the ocean.