Augment your reality with the best Project Tango apps and games 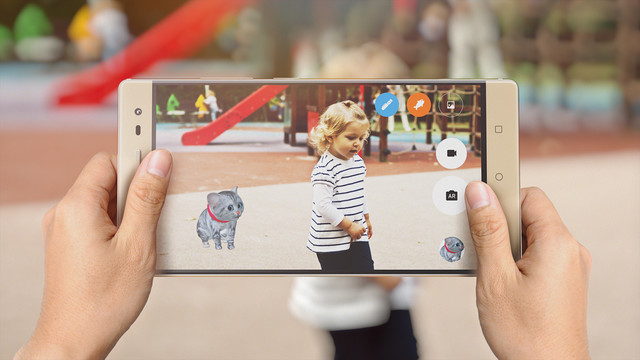 It took a few years for Project Tango to emerge from the halls of Google’s skunkworks lab, but the day has finally come. Lenovo’s Phab 2 Pro, the first consumer device to pack the requisite sensors, went on sale in early November, and more are on the way. Asus took the wraps off the ZenFone AR, the world’s thinnest Tango device, at the Consumer Electronics Show, and rumor has it that Lenovo’s modular Moto Z will get an accessory with Project Tango sensors in the near future.

It’s still early days, but Project Tango apps, games, and experiences have already begun to fill the Google Play Store. With our trusty Project Tango device in hand, we ran some of the best through their paces. 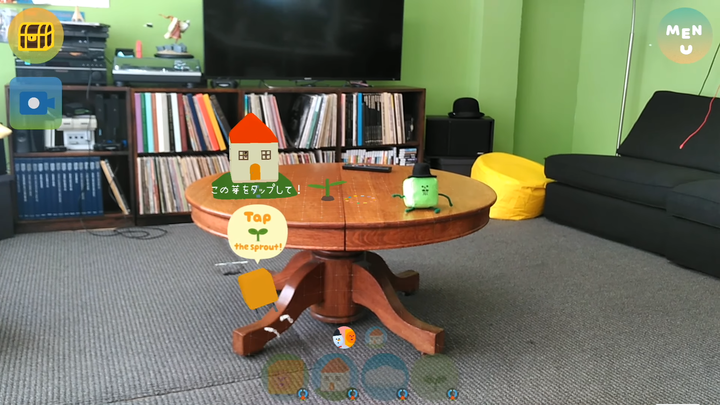 Woorld, from 2004 cult hit Katamari Damacy creator Keita Takahashi, is one of the most effective uses of Tango tech we’ve seen. You’re tasked with building the village of your dreams, bound only by the dimensions of your real-world environment. A vast library of buildings, foliage, and other forms of scenery let you craft a homey hamlet fit for the cute little digital creatures that come to inhabit it. It’s like a fairy garden come to life.

Especially impressive is Woorld’s use of environmental tracking. Houses sit on real-world tables and chairs, and the creatures run in-between your feet. That’s not to say Woorld doesn’t suffer from the occasional glitch — Project Tango sometimes misjudges the geometry of objects, resulting in floating houses. But for the most part, it’s far and away the most fun we’ve had with Tango. 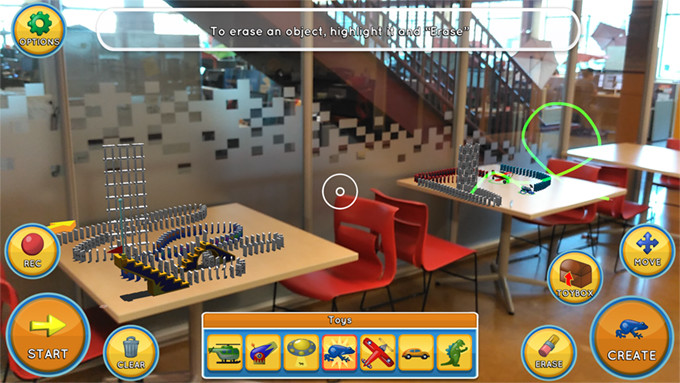 As far as Project Tango apps are concerned, Domino World is pretty self-explanatory. Just like the kids gunning for a shot at the domino-toppling world record, you’re given a collection of rectangular blocks to arrange in courses on real-world tables, desks, floors, and chairs. Props at your disposal include ramps, stairs, and wackier options, like toy army helicopters, UFOs, plastic dinosaurs, TNT, mythical creatures, and colored dominoes that react in unexpected ways when toppled. Once you’re finished, the fun doesn’t stop there. Move and Erase tools make it easy to delete and remake portions of the course, and a Clear button lets you start anew.

Sharing makes it better. Once you’ve crafted the domino course of your dreams, you can record the carnage with a built-in capture tool and share the highlight reel with your closest friends and relatives. 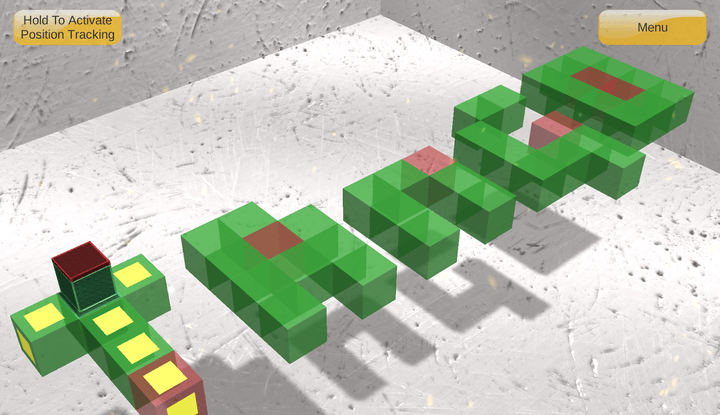 WeR Cubed, which beat out more than 190 submissions to Google’s 2015 Project Tango app contest, tasks players with flipping over cubes to solve puzzles. The puzzles in question are projected onto nearby walls and other surfaces, and require you to move the blocks in place with carefully considered taps.

The gameplay is inventive. You’re given a colored block — or several, in some cases — that dispense blocks of the same color onto segments of the game board. The challenge is to maneuver them in such a way that the block colors correspond with the game board grid colors. It’s often easier said than done. Sometimes, the blocks are stacked. Other times, you’re forced to contend with split game boards which limit the number of possible moves.

WeR Cubed’s tracking is spot on, in our experience. Even cooler, it features a “virtual reality” mode that lets you move the blocks in VR if you happen to have a compatible headset on hand.