Home News Are cash payments to blame for assaults against Uber drivers in Brazil?
News

Are cash payments to blame for assaults against Uber drivers in Brazil? 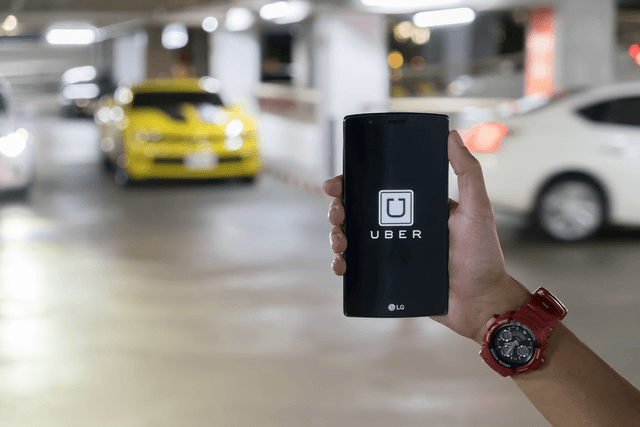 This serves as a reminder that driver safety, and not just rider safety, needs to be prioritized by ridesharing services.

Uber has caught plenty of heat in Brazil, but not over misleading drivers about wages or #DeleteUber. Rather, the ridesharing service has been criticized for not doing enough to address the increasing number of murders and robberies that Uber drivers in the country face, reports Reuters.

What makes Uber relatively more convenient than traditional taxis is the ability for riders to register their credit and debit cards to their profile. Not only does this make transactions more secure, but it allows an easier way to verify passengers and track them down if need be.

At the end of July 2016, however, Uber allowed riders to pay with cash as a means to increase growth in Brazil. The idea is that, since credit cards are less common in poorer countries, being able to pay for your Uber ride with cash would be the catalyst for increased growth in such regions. So far, that business strategy has worked for Uber, which saw 15 percent growth in its São Paulo operations throughout 2016. The company also saw at least 30 percent of rides in Brazil paid in cash, with reportedly higher rates in poor areas in the country.

Even worse, there have been six confirmed murders of Uber drivers in Brazil since September 2016, with local outlets reporting that over twice as many murders have taken place.

Reuters acknowledges there is a margin of error in these statistics, since the statistics potentially include assaults on passengers. Even so, these are grim, but not entirely surprising, numbers — Brazil features 21 of the 50 most violent cities in the world, according to The Economist.

Uber responded to queries and confirmed that “additional safety measures” are in the works. One such measure involves a rider verification feature that requires riders who opt for a cash payment to enter their Brazilian national ID number before they can request a ride. Some cities also feature a pilot program that allows a driver to opt out of cash payments.

The Internet has replaced physical phone directories with digital ones. If you’ve heard of Yelp, the Better Business Bureau, or FourSquare, then you are...
Read more

T-Mobile Tuesdays is a great app, and service for the carrier’s customers to get exciting offers and deals every Tuesday. This week’s deal will let you grab three months of Google Stadia Pro, giving access to the current library of games and for the months June, July, and August.If you are not aware of Google Stadia, it is a new way to play video games with the help of cloud computing and streaming. Similar to GeForce Now, you have access to a library of quality AAA games ranging from the Assassins Creed Games, Red Dead Redemption 2, and more.With cloud gaming, you don’t have to worry about downloading or installing. Just choose the game you want to play, or buy it, and you’re all set.You can play Google Stadia on any TV using the latest model of the Chromecast Ultra, but you’ll need a Stadia Controller (sold separately). You can also play on a computer that is able to run Google Chrome through Keybaord and Mouse or a compatible controller.Lastly, you can also play on your Android smartphone, but the current range of supported phones is very limited.You can play Stadia on a TV using Chromecast Ultra and a Stadia Controller, on a computer using Google Chrome with a supported gamepad or mouse and keyboard, or on a supported mobile device.If you’re curious about the benefit of Google Stadia Pro, here is what you get:Free games every monthThe ability to play games in 4K resolutionCurrently, you can get the following games for May:Destiny 2: The CollectionGridGyltSteamWorld Dig 2SteamWorld Quest: Hand of GilgamechOn June 16th, you can get:Get PackedLittle NightmaresPower Rangers: Battle for the GridSUPERHOTPanzer Dragoon RemakeThe Elder Scrolls OnlineTo take advantage of the three months of Google Stadia Pro, you just need to sign in to your T-Mobile Tuesday app where it will give you a code. You can redeem that code after you create a Google Stadia account.
Read more

We all love sharing and posting stuff on Facebook. But, those of us who have been on the social media site for any length of time know that they’ve probably posted something they regret, or later find simply embarrassing. Facebook will soon let you get rid of those troubling posts with a few simple taps or clicks.Facebook helps sweep past mistakes under the rugIn the age of social media, even our old posts can come back to bite us. All it takes is one person to find a post from long ago to use against you. While you could take the time out to delete such posts manually, currently the process is very cumbersome.Facebook has plans to streamline the process and let you do it in bulk. Even adding in options of including search filters to help you make cleaning up posts much easier.HOW TO: Create a Legacy Contact for FacebookWhether you have an embarrassing picture from your teenage years, or perhaps said something troubling some time ago, you will be able to hide or delete those posts. Or maybe you just want to clean up things that you were tagged in that no longer represent you.Debuting exclusively on Facebook’s mobile app, and soon to desktop and Facebook Lite, users can Archive and/or Delete posts.Archiving posts means they’re added into your personal collection, and not deleted. These could be posts you don’t want others seeing, but bring back nostalgia or hold special memories for you. Archived posts are removed from your timeline and are put in a personal collection only accessible to you.Deleting posts works just the same. You can delete posts on your timeline. Initially you will get the option of deleting the post and waiting 30 days for it to get to permanently deleted. However, you can bypass this and delete the post immediately. Keep in mind that this will delete the post for good. It will not be possible to recover deleted posts, so think carefully.
Read more