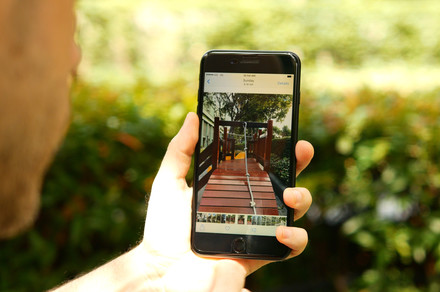 Consumers seeking a demonstration of the quality of the iPhone’s camera will appreciate the images presented in this campaign.

Apple struck a chord with phone buyers with the first ‘Shot on iPhone’ campaign, illustrating the power of the iPhone camera by enlarging photos shot on the device to fill giant billboards. Now, the company has unveiled its third installment of the campaign, featuring photos shot on the iPhone 7 and 7 Plus. This time around, all of the photos were also captured at night, the apparent goal being to demonstrate the low-light capabilities of Apple’s latest phone cameras.

This new “Shot on iPhone” campaign, which went live in 25 countries this week, features work from photographers around the world. Jennifer Bin was one of those whose work is featured. “The whole concept behind this campaign is that the photographer is shooting from dusk to dawn, so almost all the shooting is done at night,” she told Time. Photographing the streets of Shanghai, Bin was impressed by the quality of the iPhone camera, saying many of the resulting photos “blur the line” between phone photography and photography shot on higher-end cameras.

More: Apple nabs 31.3 percent of smartphone sales at the start of 2016 holiday season

Apple made a big deal about the revamped photographic capabilities of the iPhone 7 when it introduced it last fall. This was also the first time that the company used different camera tech to differentiate between the standard and Plus models. While both phones use the same 12MP sensor and 28mm f/1.8 lens, the 7 Plus gains an additional camera with a 56mm “telephoto” lens. In addition to providing two separate angles of view, the dual camera setup allows the larger iPhone to simulate a shallow depth-of-field effect in a new “Portrait” mode, which uses computer vision to selectively blur the background.

In an earnings report released on January 31, Apple confirmed its best sales quarter ever, and the firm credited increased iPhone 7 Plus sales (compared to previous versions of Plus phones) for its success, according to Forbes. The iPhone 7 Plus’s two cameras likely contributed to that increased demand, which also saw the average selling price per customer go up to $695.