Amid restructuring, GoPro to expand software with new office in Romania 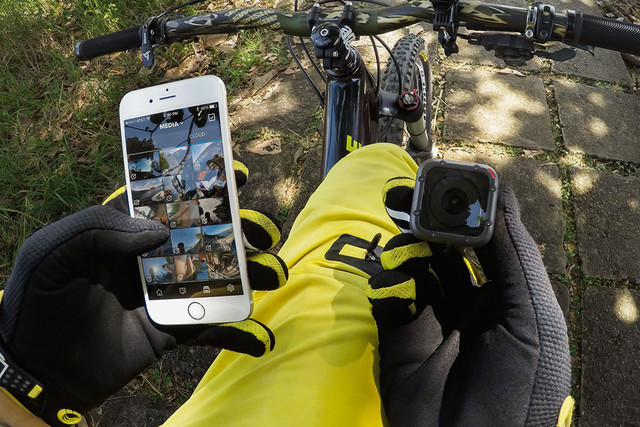 GoPro’s software largely stems from acquisitions and outsourcing, but the action camera company will now be developing software in-house.

GoPro may be restructuring and cutting 200 jobs — but the action camera giant is also opening a new office in Bucharest, Romania, to develop its own software.

Announced on Monday, the new office is expected to hire from the area’s talent pool to develop software, including web and ecommerce platforms. According to the company’s job listings for Bucharest, “GoPro is building tools that allows our user community to easily manage their content, watch what others have created and tell their personal stories.” The move will mean up to 100 additional hires this year for GoPro, which is in the midst of a restructuring to return to profitability after falling camera sales in its dominant markets.

More: GoPro stays king of the slopes, halfpipes and trails with the Hero5

“The decision to expand GoPro’s software engineering operations into Bucharest aligns with our top priorities for 2017: Strengthening execution and managing costs,” chief operating officer CJ Prober said in a press release. “The area is rich with diverse talent from prestigious colleges and universities, as well as Fortune 500 technology companies. We have the opportunity to leverage this talent and consolidate our outsourced software and IT contractors into one centrally located, highly efficient team.”

GoPro’s current software lineup includes several programs acquired from buying out smaller companies. Both the Quik mobile app for automatic video edits and Splice for more custom edits were repackaged from earlier apps bought out from Stupeflix and Vemory. The company also acquired VR startup Kolor, and rebranded its VR viewer under the GoPro name.

“GoPro is focused on making the best products and services in the world, so expanding our engineering team to an international technology epicenter makes perfect sense,” said vice president of engineering Joe Bentley. “We are excited to hit the ground running in our new office and continue to deliver a terrific user experience to our customers around the globe.”

The Bucharest office will open on March 1, with an open house for potential new hires next week, March 8 and 9.