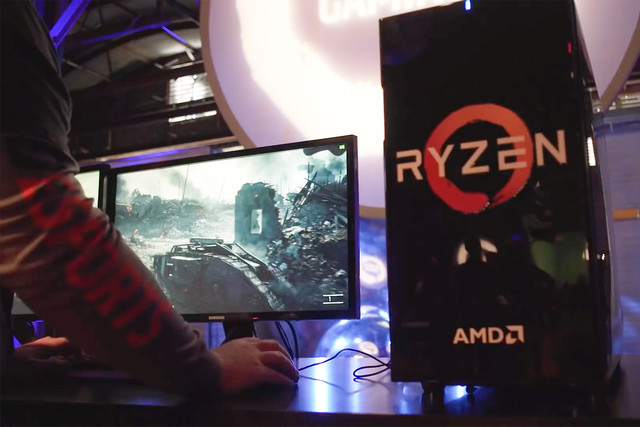 Here’s a good indication that PC builders can get $1,000 performance from an upcoming $380 AMD Ryzen processor.

AMD is aiming to bring high-priced performance to processors with a smaller cost due to the huge gains stemming from its Zen processor architecture in its new Ryzen CPUs. We recently saw a leaked roadmap of what AMD intends to sell regarding its Ryzen processor family next month, and now we have a leaked benchmark of the high-end R7 1700X chip.

As we saw last week, the R7 1700X processor will be an eight-core 16-thread chip that will compete with Intel’s Core i7-7700K CPU. The processor’s benchmark went live on Passmark on Tuesday, which consisted of an entry-level MSI A320 AM4 motherboard (which can’t be used to overclock), and 16GB of DDR4 memory clocked at 2,400MHz. The chip was shown to have a base clock speed of 3.4GHz and a turbo clock speed of 3.8GHz.

The benchmark compared AMD’s unannounced processor against the following CPUs:

AMD’s R7 1700X processor will reportedly be priced at a mere $381.72. Even more, the R7 1800X will supposedly cost $490.29 and the R7 1700 will cost $316.59. This should not only bode well for AMD in the mainstream desktop sector, but the enterprise and server markets too due to Ryzen’s low cost, low power consumption, and its performance in the Integer Math and Encryption tests.

As the scores show, AMD’s upcoming $382 processor isn’t too far behind Intel’s two $1,000 chips. Of course, this likely won’t be AMD’s fastest Ryzen chip on the market, as that is expected to be the R7 1800X model for a heftier $490. Still, if the R7 1800X matches the Core i7-6900K’s performance, that’s half the cost for mainstream desktop customers.

Finally, here are the results of Passmark’s single-threaded performance test: