Amazon’s delivery drones could use parachutes to drop off packages 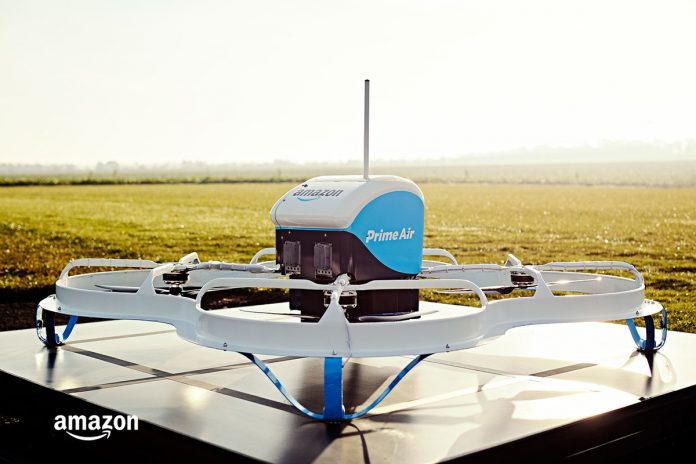 Although some of its delivery-drone ideas may seem a bit wacky, they show Amazon’s determination to explore all facets of the platform in order to make it a reality.

Amazon has been working on the design of its delivery drone for several years now as it continues its bid to launch a regular service for customers living close to its fulfillment centers.

At the end of last year the company trumpeted the completion of its very first drone delivery in the United Kingdom. This was a significant milestone, for sure, though strict regulations — similar to those in the U.S. — mean the service is currently limited to only a few customers and is unlikely to be rolled out more widely anytime soon.

One of the challenges continuing to occupy engineers is how to drop off the packages safely. The current design of Amazon’s Prime Air delivery drone sees it landing on the ground and automatically plopping out the ordered item from a compartment. However, in urban areas, with their myriad of obstacles, such a delivery method may prove more difficult, and could also expose the flying machine to additional risks such as excited pets or even ne’er-do-wells looking to intercept deliveries as the drone nears its destination.

Amazon’s drone team has evidently been exploring different ways of dropping off ordered goods, with a recently granted patent focusing on landing guidance systems such as parachutes, compressed air, and landing flaps. Put simply, the drone would assess the landing site from up high before releasing the package from the optimum position. With the package headed presumably for someone’s yard, the drone would monitor its descent. If a sudden breeze kicked up, the drone could send a signal to technology on the package to deploy one of the aforementioned systems in order to steady the consignment, or steer it to its precise landing point if it begins to veer off course. 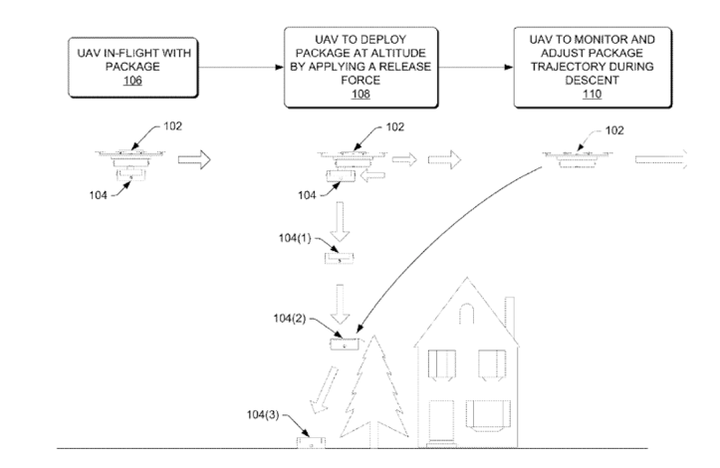 With all the extra kit involved, it sounds like a costly solution, though the concept may ultimately lead to a refined, more efficient method along similar lines. Yes, this is just a patent, so it’s far from certain that Amazon will be parachuting products into people’s yards anytime soon. Or possibly ever.

It should be noted that Amazon has patented a range of ideas for its drone technology, some wackier than others. One idea is to turn church steeples and the top of street lights into docking stations so the machine can recharge and therefore fly greater distances to customer addresses, while another proposed a seemingly off-the-wall idea involving an “airborne fulfillment center” — effectively a flying warehouse suspended from a blimp — that its drones could also use as a base.

Facebook
Twitter
Pinterest
WhatsApp
Previous articleRobots and AI are coming for our jobs, but can augmentation save us from automation?
Next articleApple in ‘Early Stages’ of Discussions for Apple Pay in South Korea, Android Pay Likely to Launch First