Home News Yes, Microsoft does have plans to release a Hololens headset for consumers
News

Yes, Microsoft does have plans to release a Hololens headset for consumers 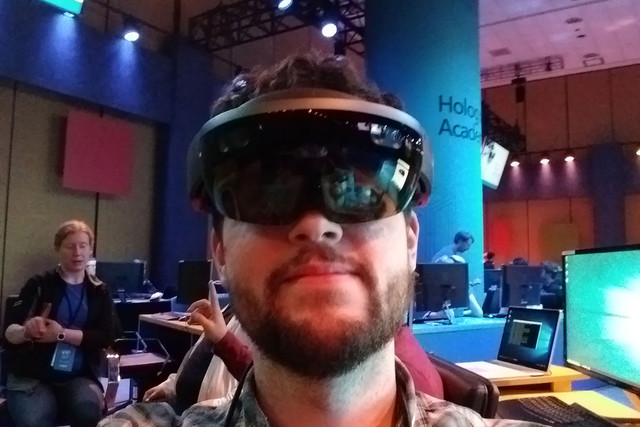 If you’re dreaming of a day when Microsoft’s Hololens AR headset will be affordable for consumers, it’s coming — just not anytime soon.

Microsoft’s Hololens augmented reality headset has served at least one purpose — showing off what is possible with a self-contained device and AR development platform. Hololens has a price to match, running $3,000 for the Development Edition and while large organizations and AR developers have bought “thousands” of units, HoloLens has not made its way to consumers.

While a few companies have worked on some real Hololens projects, Microsoft’s AR platform has mostly been experimental so far. In order for it to become a viable consumer product, hardware pricing will have to fall considerably. According to Microsoft Technical Fellow Alex Kipman, the man responsible for Hololens’ development, that will happen but likely not relatively soon, CNET reports.

In an interview, Kipman was upbeat about the promise of the AR, virtual reality, and the combination of the two represented by mixed reality solutions, saying, “Mixed reality is a new medium for how we interact with technology. But when you talk about mixed reality with AI as the intelligence that powers it, [we’re talking] the future of computing. And the goal, to get philosophical, is to essentially allow new types of conversations to happen — where we are spending time together as humans, but with technology transparently around us. Essentially empowering us to do more, to achieve more, to be more creative.”

Kipman also justifies the high price of the Hololens system, pointing out that it is a self-contained PC rather than a mere headset that connects to a PC and projects what that PC creates. Hololens includes custom-developed processors like the holographic processing unit, or HPU, along with a number of sensors, cameras, lenses and passive cooling components, and that explains its high price.

At some point, however, economies of scale and continued development will drive the price point close to something the average person will be able to afford. Responding to a question about plans for a consumer version, Kipman said:

“The better question and the better way to answer it is, at what point is this thing going to be under $1,000? Because I can say it’s a consumer product tomorrow because I can remove the dev kit thing, [but] the $3,000 thing is going to get in the way of it becoming a mass market consumer product. You have to reduce the price point until it’s affordable to the majority of the populous of Earth, which will be under a $1,000 and then some to get there. Roadmaps for both of those things exist today, but I’m not going to announce or talk about it today.”

In short, Microsoft does have plans for consumer AR and MR solutions and the company is already working with its OEM partners to develop consumer-level VR and MR headsets that connect to lower-end PCs.